Mahira Khan enjoys a massive fan following. She became a popular name on television with her role in the show Humsafar. She attracted a lot of attention for both her performance and beauty in the Shah Rukh Khan film Raees. Mahira may not have returned to the Bollywood film industry after Raees, but she made a significant impression on Indian audiences with her acting and style choices. Mahira Khan frequently posts adorable images of her wearing stunning outfits to her Instagram admirers and followers. She has a tonne of eye-catching anarkalis, sharara sets, lehengas and elegant western dresses in her closet. Her fans were ecstatic when she decided to attend the occasion wearing another stunning number from her closet. 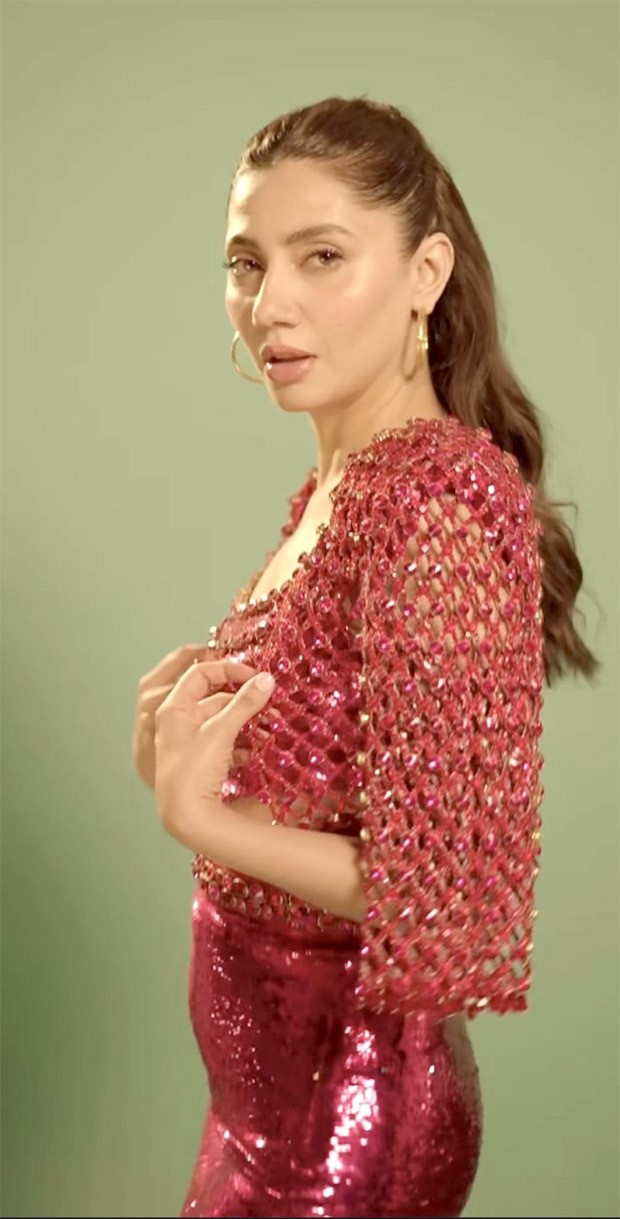 Pakistani actors Fawad Khan and Mahira Khan, popularly known for their chemistry in the 2014 drama Humsafar, are set to reunite on screen in the period movie, The Legend of Maula Jatt. 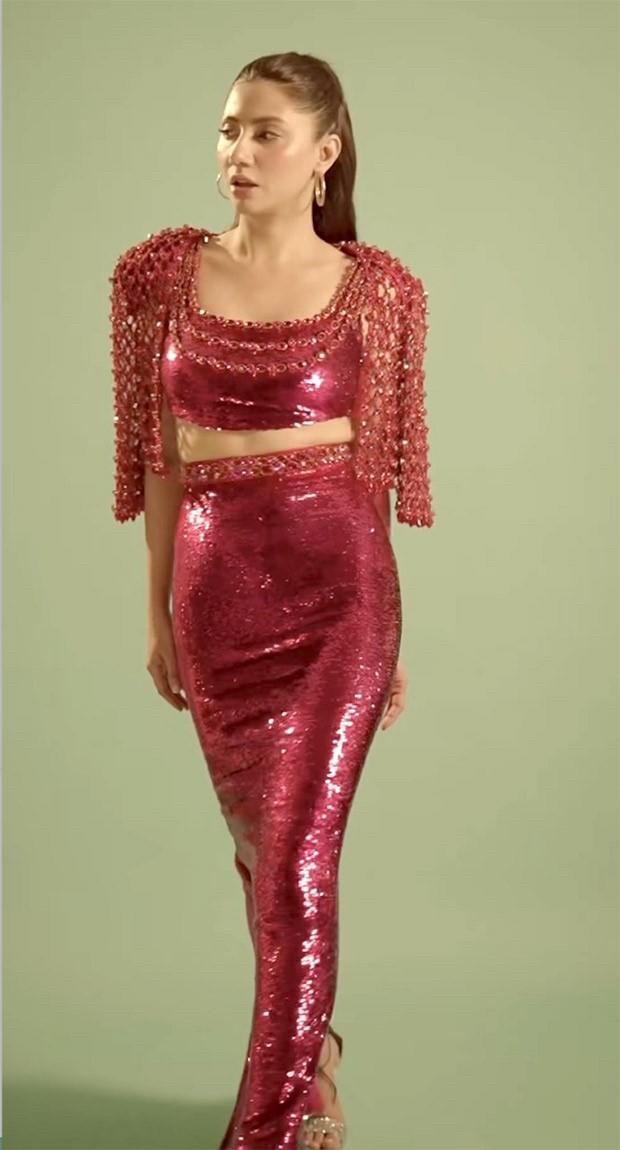 The movie, which is scheduled for release today (October 13, 2022), had a gala premiere the day before, and Mahira attended looking lovely in a pink costume designed by Faraz Manan. Mahira's three-piece ensemble included a pink slim-fit shimmering skirt that showcased her charm and grace while embracing her curves. She paired the skirt with a pink shimmery crop top that had a golden stud-decorated neckline. She wore a short pink net jacket over her crop top and slung it over her shoulders. Mahira’s shimmer dress is perfect on special occasions that call for some dazzle.

Mahira Khan is a Pakistani actor known for her role in Television series including Humsafar, Sadqay Tumhare, and more. She made her Bollywood debut in the 2017 film Raees, in which she also acted opposite Shah Rukh Khan.

Also Read: Mahira Khan casts a spell with her beauty in black sequinned dress amid reports of her Hollywood debut with Will Smith