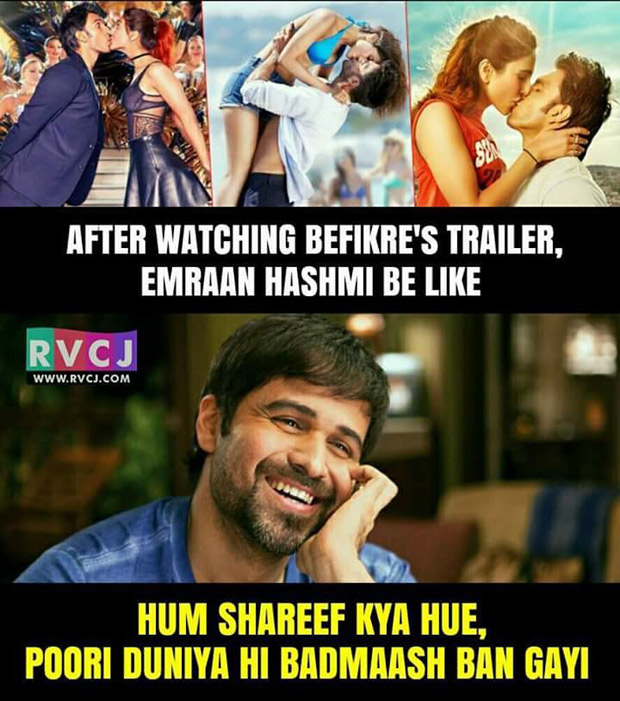 When Aditya Chopra announced his next film after a seven year hiatus, he said that it was one of his most ambitious projects and different from his films by far. When the trailer released, well, we all agree that it was far from what a filmmaker like Aditya Chopra would classify as Bollywood romance in his previous films, but alas, the film failed to create the hype that the filmmaker and his team was expecting.

Going further, the trailer that netizens continued to compare with varied films from Hollywood and other foreign language cinema also became a victim of trolls. One amongst them that interested us was this Emraan Hashmi one. While on one hand Emraan is moving away from his serial kisser image by doing films like Azhar and the upcoming Captain Nawaab, it seems that our 'Bajirao' Ranveer Singh has taken a special liking to the kisser image and the proof of it are the posters released by YRF of Befikre. It involved a lot of liplocks and the trailer was no different in that sense either.

So we sort of got to agree to what Shah Rukh Khan said in Dilwale, a concept quite apt for Befikre – ‘Hum Shareef Kya Hue, Poori Duniya Hi Badmaash Ho Gayi!’ Don’t you think so?