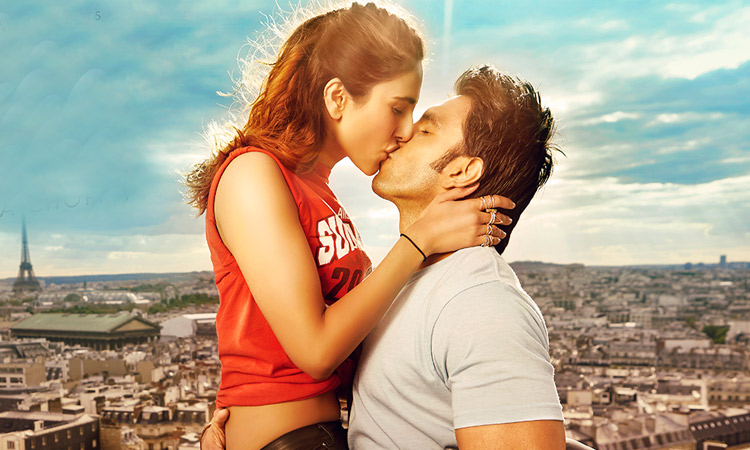 Ever since the inception of the Yash Raj Films banner (YRF), almost every film of theirs is a celebration in itself. After having made his debut as a director with the blockbuster film DILWALE DULHANIA LE JAYENGE, Aditya Chopra went onto make a handful of films, which too turned out to be box-office successes. After having directed RAB NE BANA DI JODI, Aditya Chopra returns to direction after 8 long years with the coming-of-age film titled BEFIKRE, which releases this week. Will BEFIKRE turn out to be a ‘carefree’ hit at the Box-Office, or will it be a matter to worry about for its makers, let’s analyze.

BEFIKRE, which celebrates being carefree in love, is a story about a couple’s ups and downs and their ultimate realization of love. The film starts off with a stereotyped break up scene between Dharam (Ranveer Singh) and Shyra (Vaani Kapoor) which ends up with Dharam calling Shyra a ‘slut’, which hurts her the most. This is followed by a flashback of events which mirrors their yesterday and connects it with their today. The flashback sees a young and carefree Dharam landing up in Paris at the behest of his friend, who gives him a job of a stand-up comedian in his night club. On one of the party-hopping spree, Dharam meets a tour guide Shyra, a French girl of Indian origin. A couple of casual encounters later, the strong minded Dharam and Shyra decide to have a live in relationship, vowing not to say ‘stupid’ things like ‘I love you’, because it will put an end to their carefree lives. Even when they break up with each other, they even land up celebrating that as well. All is well till the time a smart and well educated Anya (Armaan Ralhan) enters Shyra’s life. After a few meetings and partying with Shyra, Anya proposes marriage to her. When Dharam gets to know about Shyra’s marriage, he shocks Shyra by announcing his marriage to a French girl Christine. What happens after that, are a series of events that changes everyone’s equation with each other. What are the events that change the course of their lives, do Shyra and Dharam ever break their rule and mouth the three magic words to each other, who does Shyra choose ultimately between Dharam and Anya, is what forms the rest of the story.

When BEFIKRE’s promos were released, while the film resembled to be a kiss-fest, it did not give out even an ounce of the plot. While BEFIKRE may come across as an original piece of work, one can’t help overlook the similarities with the French film LOVE ME IF YOU DARE. Even though such unusual concepts are unfamiliar to the Indian audiences’ taste and sensitivity, full marks to Aditya Chopra for having presented BEFIKRE in a very novel manner. While it may resonate well with the youth of today, the traditional audiences might find it shocking to digest.

The film's screenplay (Aditya Chopra) is a coming-of-age, fast paced, entertaining and has more to it than just the kisses, dares and frivolous one-night stands. The characterisations in the film are strong and the dares form the highpoint of the enterprise. What keeps the audiences hooked to their seats is the fact that each of the dares keep on becoming more audacious and adventurous than the previous ones (even though they are a part of a song and not the extended screenplay). The film's dialogues (Aditya Chopra, Sharat Katariya) are funny, romantic, naughty, heartfelt and poignant... all at the same time. It will surely find its resonance with the audiences (esp. the Gen-Next). Even though the French dialogues in certain portions might act as a hindrance, it remains true to the ethos of the script. 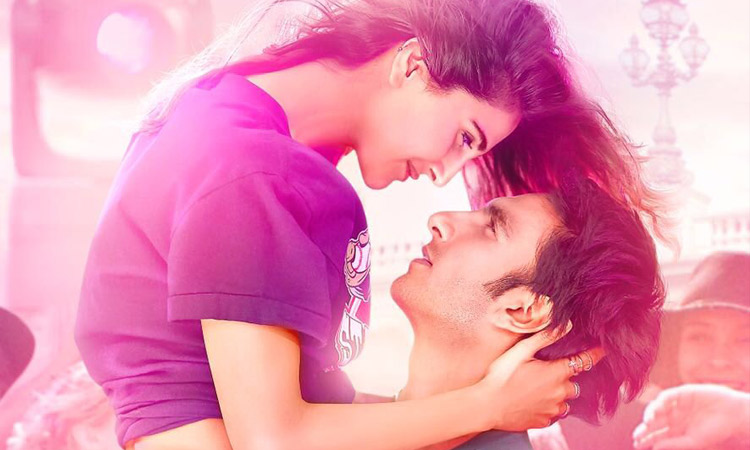 After having directed films like DILWALE DULHANIA LE JAYENGE (DDLJ), MOHABBATEIN and RAB NE BANA DI JODI, Aditya Chopra returns to direction yet again with BEFIKRE. For him, the film is a total tectonic shift from his DDLJ days, where traditions and old age theme ruled the roost. It won’t be wrong to say that Aditya Chopra had completely reinvented himself with BEFIKRE, which is a fun entertainer with basic Indian values. The film is about how you can retain your ‘Indian-ness’, and, yet be a global citizen and find goodness in cultural values of other countries. On the whole, Aditya Chopra gives one more reason as to why he is one of the best story tellers in Bollywood today. While the film’s first half does not have even a single dull moment and is lively, it’s the second half that dips a bit (more towards when Anya gets introduced in the story). But the unpredictably silly, yet, hilarious climax more than makes up for the same. Do not miss scenes like the pre climax sangeet, Ranveer Singh searching for ‘corn flake’, Karaoke sessions between Ranveer, Vaani and Arman.

As for the performances, the film rides majorly on the (sturdy) shoulders of Ranveer Singh, who has time and again, reinvented himself with every passing film. Besides his perfect comic timing, the energy and the freshness that he brings to the screen is extremely infectious. After having played a serious character in the historic last film BAJIRAO MASTANI, Ranveer Singh takes a complete U-turn as far as his character in BEFIKRE is concerned. He not only lives upto the film’s title, but also justifies every ounce of the character. The best part about him is that, he is unlike any other star and just believes in being himself, which is what makes him unique. On the other hand, after having debuted with SHUDDH DESI ROMANCE, Vaani Kapoor exhibits her screen presence in BEFIKRE with élan and style. She not just complements Ranveer Singh’s character in the film, but also, walks shoulder to shoulder with him as far as performances are concerned. There are scenes wherein, besides coming across as a super-confident girl, she looks super hot. She is not at all camera shy and displays her body with utmost ease. Armaan Ralhan is definitely a find of the film. Rest of the characters in the film help to carry the film forward.

The music (Vishal-Shekhar) of BEFIKRE goes well with the spirit and theme of the film. Despite the album having half a dozen tracks, the snappy duration of the film’s soundtrack (26 minutes) helps it fit in extremely well into the film’s narrative. The film’s soundtrack is, by far, one of the best soundtracks of the year. Tracks like ‘Nashe Di’ and ‘Ude Dil Befikre’ are already a rage all over. The film’s background score (Mikey McCleary) helps film’s proceedings in a big way.

The film's cinematography (Kaname Onoyama) is outstanding. The way in which he has shot the locations (esp. Paris) are extremely superlative and top-notch. In other words, BEFIKRE looks like a blatant promotional exercise of French Tourism. The film's editing (Namrata Rao) is crisp and bang-on.

On the whole BEFIKRE is an urban youth centric fun entertainer with a new age theme which will find patronage with the youth. At the Box- Office, it will be loved and appreciated by the target audience. The masses might find the subject bold and shocking; however, they will be in a minority to make any sizeable impact to its box office prospects. A Sure-shot winner all the way.

Happy Birthday, Ranveer Singh! More is More and Less is a BORE – an ode to your QUIRKY but CHARMING fashion game!

#WonderfulWednesday: Vaani Kapoor shows us the new way to wear florals in spring!

Published on May 18, 2017 10:37 AM IST
Bollywood Hungama News Network https://www.bollywoodhungama.com/

Here’s why Vaani Kapoor blames herself for the Befikre debacle

A story well told.. The picturization is bold.. The warmth of their chemistry keep audiences from…

I didn't like the concept of this movie! nothing new! there's no story behind it! kissing scene…