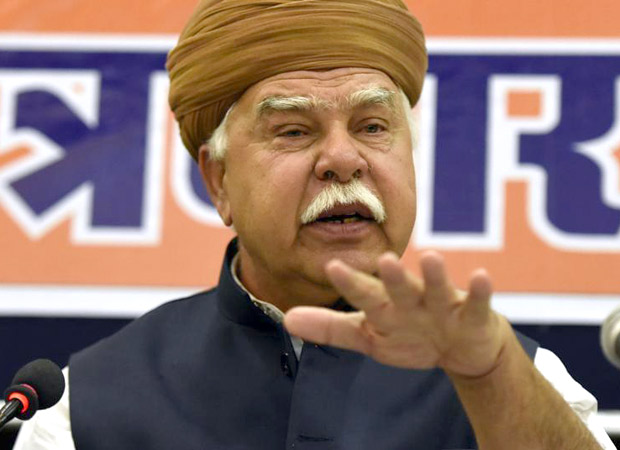 Mr Lokendra Singh Kalvi, chief of Karni Sena in a telephonic exclusive with Bollywood Hungama's Faridoon Shahryar spoke about the Padmavati controversy and why he wants precious censorship of Hindi films based on historical subjects. The conversation was recorded on phone and it was in Hindi. This is an approximate translation of the conversation. Please do listen to the conversation embedded with this link.

Mr. Lokendra Singh Kalvi, the press conference you did in Delhi today, if you throw some light on why it was held?
We’ve written to Information & Broadcasting ministry about his to have a pre-censorship board, censorship board will do its routine work but we want Padmavati to be checked thoroughly before making it. We also want the producers and director of the film to participate in this.

Have you had a word with Information & Broadcasting ministry?
The ministers were out of town due to elections, but we’ve approached them. We’re trying to get the letter that will state that historic films should be pre-censored before making. We get to know with mediums of telephone and newspapers that they are (Producers and directors association) supporting the issue. We’re also trying to get an acceptance letter from them too.

We’ve talked to many people within the film industry and they’re saying creative freedom gets compromised in such things.
There’s creative freedom in excess, if all this is creative freedom then it should stop. If we have freedom to speak and write, then apply it on Prophet Mohammad too, try and make a cartoon, forget film. Why this freedom is taken at the cost of Rajput and Rajasthan’s history? And this is not any individual’s freedom, this is history. The master of history, Dr. Bhargava, has said that with the power of money this history will be shown in a new light. Now this is limit for an individual freedom. There’s an annual fair in Chittor which is attended by Prime Minister, President, Atal Bihari Vajpayee and many famous political entities from all over the country.

Few people also think that according to Indian Law, you can go to court and file a case…
Yes we have been to court, we’ve been to Information & Broadcasting ministry, censor board and our association also met Sanjay Leela Bhansali.

But the physical assault happened on the sets made many people sad and upset, maybe violence is not right
Now when you’ll do compromise with history, people are upset on both the sides.
That’s why we say to pre-censor every film made on historical subjects so that while the shoot of the film if any such information comes out so some official authority of that committee should stand against it.

But the film producers are saying that there is no romantic angle between Padmavati and Allaudin?
This thing we’ve got to know now, but when this film was started someone from press asked Ranveer Singh that will he do role with Deepika Padukone. He said that he can do even more with Deepika. This clarification should’ve come earlier when we met on September 11 and October 27, 2016. We also have clarification that says that we have solid information and that’s why our kids went over the sets of Padmavati and they fired shots in the air. It’s human tendency to run when there are gun shots in the air. I will say a Rajput cannot be pressurized under the gun shots in the air.

Even what happened with Shekhar Suman yesterday in Indore…?
Nothing happened with him, we just went there to calmly ask him about his statements and he understood the sensitivity and apologized in a positive way.

Do you also want the title of Padmavati to be changed?
No if they’re making everything right and our demands have been fulfilled, that as our suggestion, talks are still on with regards to the suggestions made by us. Padmavati has to be showed in an honourable manner.

Did you also demand to see the portions that have already been shot of the film?
No, no one said that. We don't have the time for that. This is the second time that we have raised an objection. The last time we raised an objection was during Jodha Akbar which we did not allow to be released here.