Ranbir Kapoor, Alia Bhatt, and Amitabh Bachchan starrer Brahmastra is one of the most anticipated films this year. The makers recently finalized a release date for the film after several delays. 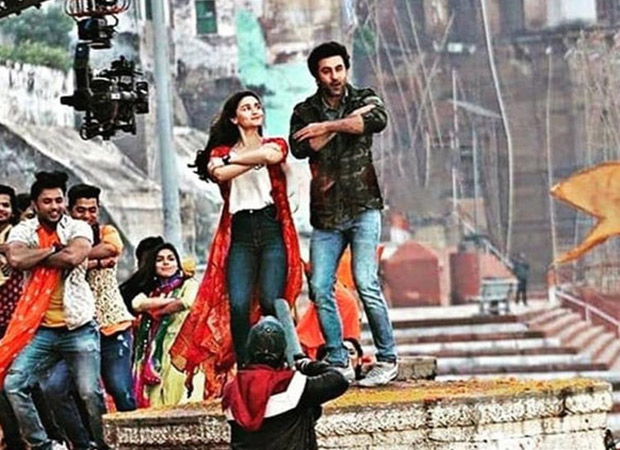 Now, a video of Ranbir Kapoor and Alia Bhatt dancing to a song on the sets of the film has leaked on social media and is being extensively shared by fan pages of the actors. The video starts with Alia Bhatt dancing alone dressed in a pair of jeans and a white t-shirt paired with a long shrug. Ranbir Kapoor who is dressed in a denims and a jacket joins her and matches her step. The background and the set up give a festive vibe.

As the shoot of the film is nearing its wrap, Amitabh Bachchan recently took to his social media handle to praise his co-stars, Alia Bhatt and Ranbir Kapoor. He shared pictures with them from the sets of the film.

Brahmastra directed by Ayan Mukerji also stars Nagarjuna and Mouni Roy. Brahmāstra: Part One is the first in the trilogy and has been in the making for two years now. The film will be released in Hindi, Tamil, Telugu, Kannada, and Malayalam on December 4.