Saif Ali Khan and Amrita Singh’s daughter Sara Ali Khan made her way to Bollywood and surprised the audience with her dynamic performances. While she made her debut with Kedarnath in December, she gave a blockbuster in the same month with Simmba. Now, she is completing her third film which is being helmed by Imtiaz Ali. 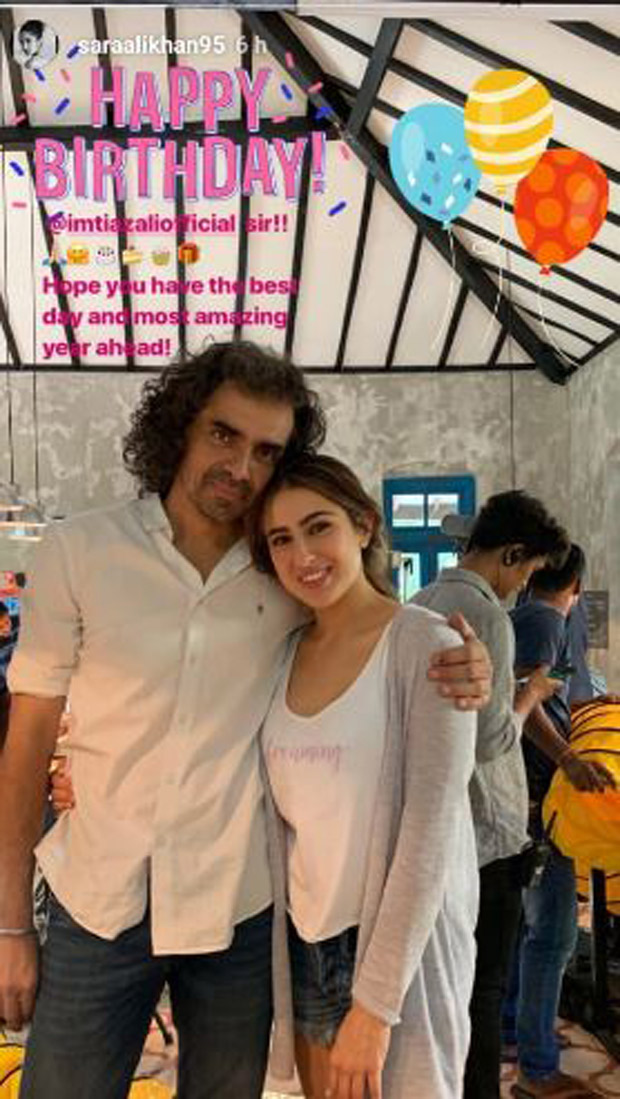 The film, tentatively titled Love Aaj Kal 2, is a sequel to Love Aaj Kal which starred Saif Ali Khan and Deepika Padukone. Celebrating Imtiaz Ali's birthday on 16th June, she shared a lovely photo and birthday message which read, "Happy birthday @imtiazaliofficial sir!! Hope you have the best day and most amazing year ahead!"

Sara's co-star Kartik also wished Imtiaz Ali with a photo from the sets of the Udaipur schedule. He wrote, "Happy birthday to my fav @imtiazaliofficial Sir. Lots of love and happiness." 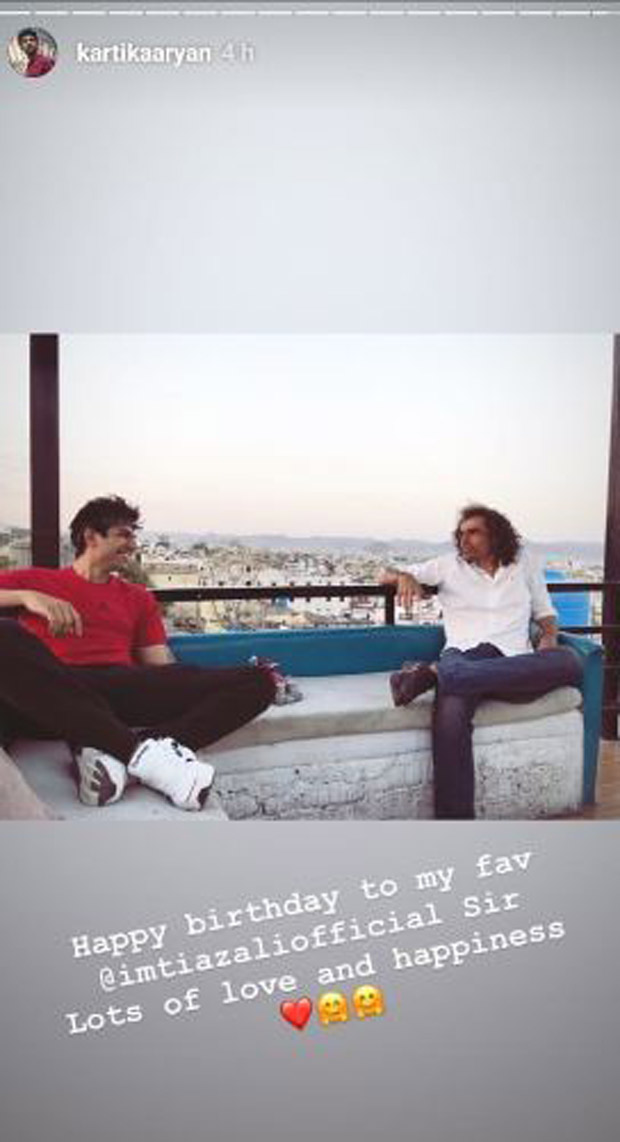 ALSO READ: PHOTO: Sara Ali Khan and Kartik Aaryan hide their faces during their visit to a mosque on Eid