Aditya Roy Kapur and Disha Patani are coming together for Mohit’s Suri’s next directorial Malang which also stars Anil Kapoor, and Kunal Kemmu. The duo has been in Goa for a couple of days and kickstarted the shooting as well. This morning, a photo of the two of them went viral on social media in which they can be seen smiling on the sets of the film while shooting a scene. 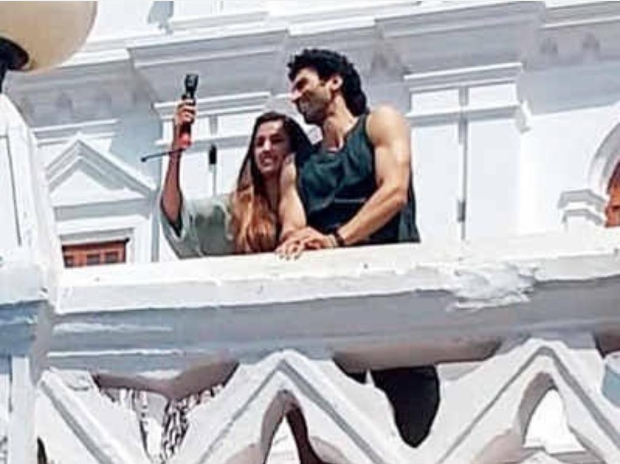 Aditya Roy Kapur is seen in a green tank top flaunting his biceps whereas Disha is dressed in a light blue top. They have been shooting at popular locations in North Goa including Church of Mary Immaculate Conception in Panaji and Calangute and Baga beaches. It is a 20-day schedule after which they will move to Mauritius where Goa will be recreated. The shoot will begin in April abroad. Malang will be shot in Mauritius, Goa, and Mumbai from March onwards.

Malang also marks the coming together of Mohit, Aditya and Bhushan after the box office and musical success of Aashiqui 2 in 2013. The film is set for Valentine’s Day, 14th February 2020 release. It is produced by T-Series’ Bhushan Kumar, Krishan Kumar, Luv Films’ Luv Ranjan, Ankur Garg and Northern Lights Entertainment’s Jay Shewakramani.

ALSO READ: Malang makers to recreate the magic of Goa in Mauritius