Around 5 ½ years ago, Kiara Advani got a fine launch in an Akshay Kumar production, Fugly. Sadly, the film flopped badly and as a result, Kiara’s debut too went unnoticed in a way. 2 years later, she gave an endearing performance in the Rs. 100 crore grosser, M S Dhoni – The Untold Story. The film was appreciated but the actress didn’t get her due. Her next was the disaster Machine, but thanks to the remix of the song ‘Tu Cheez Badi Mast Mast’, she got pan-India recognition. Fortune finally smiled on her with the 2018 Netflix anthology Lust Stories. She gave a bold performance in this Karan Johar-directorial. Finally, Bollywood and moviegoers couldn’t ignore her anymore. Also, her appearance in Telugu flick Bharat Ane Nenu and cameo in Kalank helped. Last year’s blockbuster Kabir Singh turned the tide for her and how. She was terrific as the docile Preeti and she now became a household name. She ended 2019 on a high with another huge grosser, Good Newwz. She held on to her own despite the presence of stalwarts like Akshay Kumar, Kareena Kapoor Khan and Diljit Dosanjh. 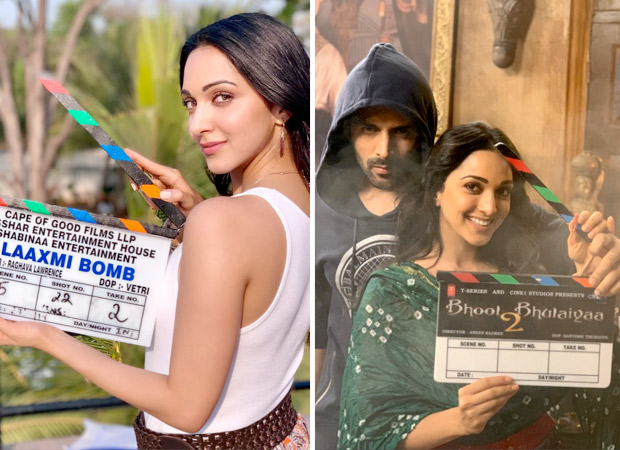 And now, she is going to have a rocking 2020 with as many as 4 releases. What’s more, all these four films are releasing in a span of less than 75 days! She opens her account this year with the horror comedy Laxmmi Bomb. Starring Akshay Kumar, it releases on Ramzan Eid. Both the actors were recently seen shooting for a song in Dubai. With Akshay riding high at the ticket window, the hopes are quite up for this flick.

2 weeks after this film, Kiara Advani would be seen in a film led by her, Indoo Ki Jawani. It marks the Bollywood directorial debut of Bengali writer-filmmaker Abir Sengupta. Also starring Aditya Seal, it features Kiara as a feisty Ghaziabad girl who gets sucked into hilarious chaos when she enters the world of online dating. It releases on June 5 and is produced by Nikkhil Advani, Niranjan Iyengar and Ryan Stephen.

Less than a month later, Kiara Advani will be seen as the love interest in Shershaah, starring Sidharth Malhotra. This Karan Johar co-production is based on the life of the great soldier Captain Vikram Batra, who was martyred in the 1999 Kargil War. The patriotic theme as well as the speculations of Kiara Advani and Sidharth Malhotra seeing each other will ensure that the film gets noticed well and attracts viewers. The first look posters of this film along with release date were unveiled today, on the occasion of Sidharth’s birthday. 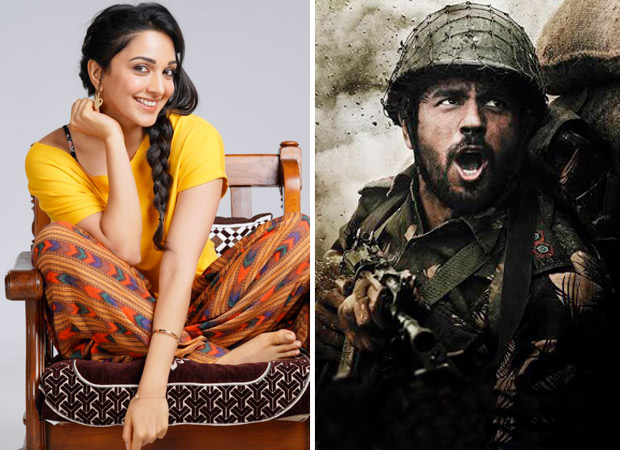 Kiara Advani’s birthday, meanwhile, falls on July 31 and on this day; another horror comedy Bhool Bhulaiyaa 2 that features her will hit screens. It is the part two of this franchise, the first part of which released in 2007 and is remembered even today. She teams up with Kartik Aaryan for this Anees Bazmee-directed flick. It is already considered as one of the films that can work wonders at the box office in 2020.

In the earlier times, it was common for actors as well as actresses to have multiple releases in a year with many of them releasing within few months or months of each other. Karisma Kapoor, Kajol, Raveena Tandon, Sonali Bendre, Madhuri Dixit etc., for instance, have gone through this many times. Karisma, believe it or not, had mind-boggling 10 releases in the year 1996, and a few of them released almost back-to-back. But such a phenomenon is unheard of today. Anushka Sharma comes close as she had 4 releases in 6 months – PK in December 2014, NH 10 in March 2015, Bombay Velvet in May 2015 and Dil Dhadakne Do in June 2015. But in case of Kiara Advani, she’s gone many steps further and will be unveiling 4 of her films in a span of less than 2 ½ months! Here’s hoping she rocks big time and is able to go through the gruelling promotions of these films effortlessly!