Pop sensation Lady Gaga is back this year with her new studio album 'Chromatica' releasing on May 29. The singer has already dropped two singles along with music videos for 'Stupid Love' and 'Rain On Me' featuring Ariana Grande. As the album drops in just one day, she spoke about it to Japanese outlet TVGroove and revealed about the collaboration with K-pop girl group BLACKPINK on 'Sour Candy' track. 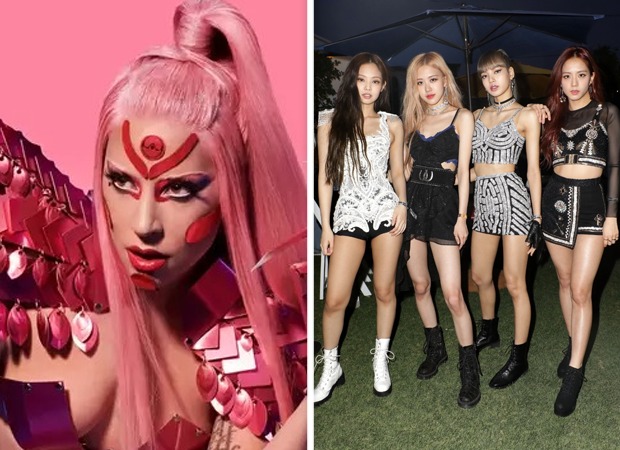 Jisoo joins them in Korean verse which goes like, "Ask me to be nice and then I'll do it extra mean / Why don’t you let go of it? / There is no progress / I’m a fool? It’s you, it’s you / If you wanna fix me, then let's break up here and now / It’s like I am in a spotlight of your eyes / When you look at me you shout / Uh-huh, uh-huh."

'Sour Candy' is a new pop anthem as the singers come together for a lively song.

Speaking of the collaborating which is highly awaited, Lady Gaga revealed she reached out to them. “When I called them and asked if they wanted to write a song with me, they were so happy and motivated," she said, "It was a really exciting collaboration. I wanted to celebrate them because I love powerful women like them, and they also wanted to celebrate me as well. We had a great time together with this song. I was excited to hear them interpret the song in Korean. It ended up being very creative and fun. I was in awe when I heard their vocals. I'm proud to be the fifth member of BLACKPINK (in this song)."

Lady Gaga further spoke about 'Chromatica' and how she came up with the title for it. "The album title 'Chromatica' (color, chromatic scale) is inspired by the fact that every person is different, first and foremost in color, race and religion," she said. "People are different in terms of their individuality, gender identity, and sexuality. We are very colorful in various ways, but also in terms of music. In an octave, there's a chromatic scale, which means that the sounds go up in semitone steps. The sounds in music are very close to each other,  but also very different."

"I thought it would be interesting to think of it as a very close relationship, that is, we are very different from each other yet very similar in many ways.," she further said."There are many conflicts in the world, a lot of negative things, hate, war, or illness. With this album, we wondered how we could heal one another and how we could survive. I believe that compassion frees us, and that compassion never fails."

As far as the four-member group is concerned, BLACKPINK members Jisoo, Rose, Jennie, and Lisa wrapped up In Your Area world tour followed by four concerts of their Japanese dome tour. They are expected to make their comeback and release new music in the first half of 2020, according to their label.

ALSO READ: Lady Gaga gets emotional as she releases ‘Rain On Me’ with Ariana Grande, says she loves her for her strength and friendship