Last Updated 28.11.2022 | 3:00 PM IST
feedback language
follow us on
Bollywood Hungama » News » Bollywood Features News » Kriti Sanon shares a photo collage of her and Sushant Singh Rajput’s look test for Raabta along with an emotional note for the late actor

It has been a year since actor Sushant Singh Rajput passed away. Today, on his death anniversary, his fans, colleagues, and admirers have been remembering him on social media. Actor Kriti Sanon who worked with Sushant in Raabta and was a close friend of the actor took to her Instagram handle to pen an emotional note remembering him. 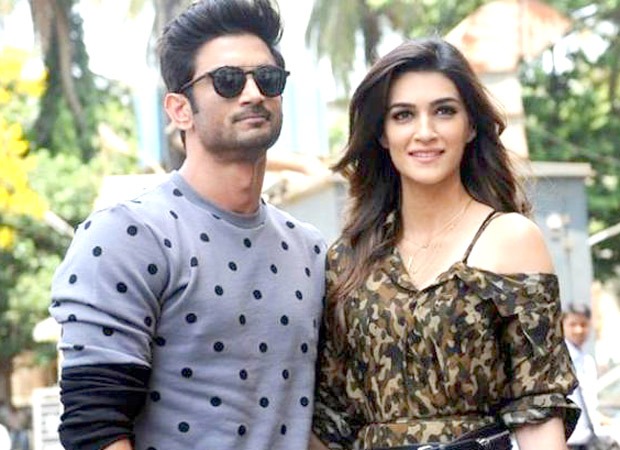 Kriti took to her Instagram handle and shared a collage of pictures from the day she and Sushant did a look test for Raabta. Sharing the collage, the actress wrote, "The first time i ever shot with you.. Our look test..”

“2 complete strangers,
meant to cross each other’s path,
For a film that spoke of inexplainable connection,
Based in two worlds…

“Today, it feels so painfully weird to know
That You and I are not in the same world anymore..
Still feels like it hasn’t happened for real.
Like maybe you are still around
and I’ll bump into you somewhere..

I don’t think it’ll EVER sink in..
But i pray that you are happy and at peace
in whichever world you are in.. ❤️
#sush

Thanks @anaitashroffadajania for sharing this collage.. brought back a lot of memories..,” she added.

Meanwhile, Kriti got nostalgic recently when Raabta completed four years on June 9. The film was based on the concept of reincarnated star-crossed lovers. She shared a video featuring her and Sushant while celebrating four years of the film. The video had a compilation of BTS footage and their mesmerizing memories. The video begins with the text, "A film. a journey that will always remain extremely close to my heart,” while the track of the film 'Darasal' sung by Atif Aslam was playing in the background.