Well the latest lovebirds in B-town making news are Arjun Kapoor and Malaika Arora whose relationship is no more discussed in hush-hush tones in media reports. The couple may not have officially confirmed their relationship in a statement or otherwise but Koffee With Karan 6 episodes have given us more than just hints in many of its episodes. And now, Malaika herself has accepted their relationship in an upcoming episode. 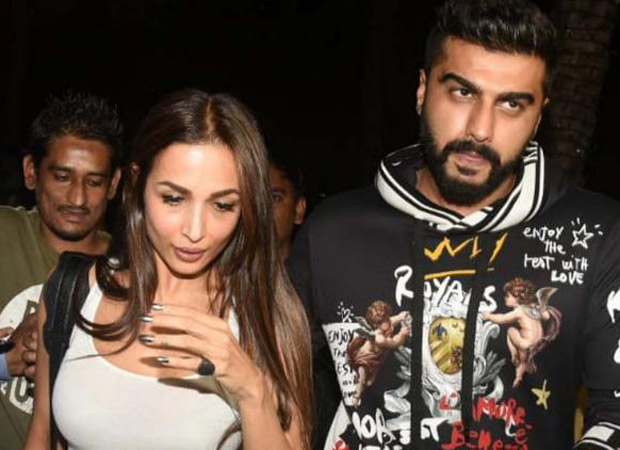 Well, we have a video proof this time about Malaika Arora confessing her 'liking' towards Arjun Kapoor on the forthcoming episode. While it has been a hot topic of discussion on Karan's coffee table this time, we can look forward another episode that will spill the beans about the Arjun Malaika relationship. The next episode of Koffee With Karan will not have guests but the jury who will come to choose the Koffee Awards. Amongst them are Kirron Kher, Malaika Arora, Vir Das and Mallika Dua.

During the same, the judges were asked to decide the Best Male performer of Koffee With Karan. While Vir Das and Mallika Dua picked Ranveer Singh, Kirron Kher chose Arjun Kapoor. As all the attention were now focused on Malaika aka Mala, she replied, “I like Arjun this way or that way.” Not surprisingly, her reply garnered some 'oohs' and 'aahas' from the other members of the show. A promo of the show features Malaika speaking about her relationship with Arjun and here’s a sneak peek into the same:

Readers may be aware that when Arjun Kapoor visited the show along with his step sister Janhvi Kapoor, the actor had confessed that he isn’t single and that he is in a happy space right now. Besides him, many other celebrities including Karan Johar himself and Malaika's best friend Kareena Kapoor Khan too reinstated that the two of them are dating. Also, Arjun Kapoor and Malaika Arora, even though haven’t spoken about their relationship in public, they are often spotted making appearances together and also taking trip together.