Kiccha Sudeep is a busy man juggling work between Hindi films and South. The actor will be making his way to Bollywood as the villain in Salman Khan starrer Dabangg 3. While he continues to shoot for the film with Chulbul Pandey, he bumped into Bollywood's Singham Ajay Devgn recently. 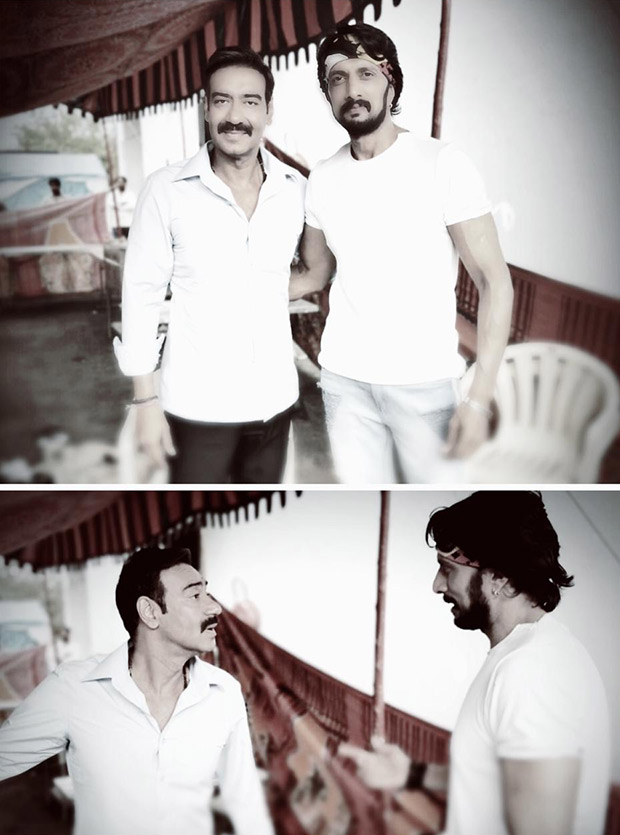 Kiccha Sudeep shared a picture of both of them meeting and wrote, "A true Gentleman. Was a privilege meeting u @ajaydevgn sir. Moment Treasured."

A true Gentleman.
Was a previlige meeting u @ajaydevgn sir.
Moment Treasured. ???? pic.twitter.com/7UkFVsb3G3

Kiccha Sudeep is looking forward to the release of his next film Pehlwaan. The movie is releasing in five languages – Kannada, Tamil, Telugu, Hindi and Malayalam.

It also seems like his stint in Dabangg 3 will be action-packed. The film, helmed by Prabhu Deva, is slated for December 20, 2019 release.