Colors TV has recently come up with a fun entertainment-based show The Khatra Khatra Show. The show is produced and hosted by Television's power couple Harsh Limbachiyaa and Bharti Singh. The contestants for the season include Nikki Tamboli, Pratik Sehajpal, Karan Kundrra, Nishant Bhat, Punit Pathak, and others. 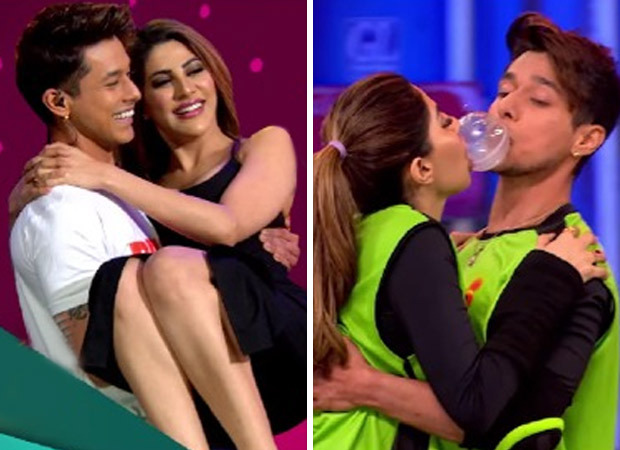 The Khatra Khatra Show: Nikki Tamboli and Pratik get romantic while performing task; get teased by Karan Patel

The show which went on air on 13th March this year has created a buzz among the audience. The recent promo shared by the channel on their social media a few hours ago has left fans stunned as the upcoming episode willl be a couple special one. In the promo, contestants Nikki and Pratik are seen pulling off a task wherein they have to carry a small ball from the starting to the finishing point by keeping it in between their lips. While they were doing the task, actor Karan Patel, who is also a part of the episode, takes the chance to tease them by saying, “Yahi lelo saare maze tum log.”

While the other part of the video shows Nikki and Pratik making heads turn as they get romantic in an overblown bathtub full of water. While performing the task, they are seen getting cosy and romantic as they groove and have fun while playing the game. Seeing this, the host Bharti Singh doesn’t leave the opportunity and sarcastically pull their legs.

ALSO READ:EXCLUSIVE: Farah Khan quips she can make a film with Shah Rukh Khan in her sleep; says ‘His film Pathaan will be a huge blockbuster’