Aamir Khan and Kannada superstar Yash are all set to clash on April 14, 2021, at the box office. Aamir’s Forrest Gump remake Laal Singh Chaddha and Yash’s KGF sequel are all set to fight it out on the same Friday. 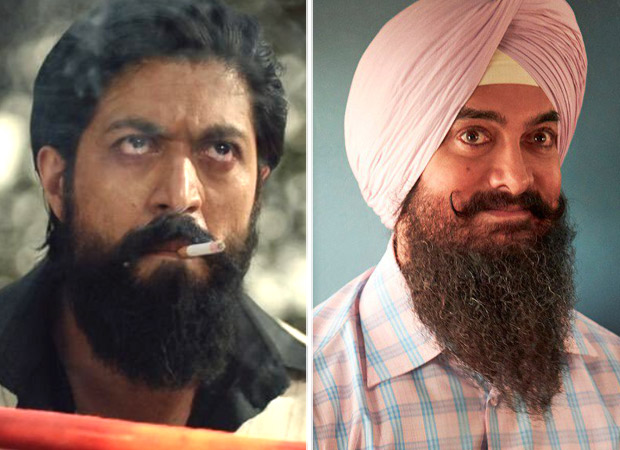 But will they finally come together? Chances are, one of them will shift out. And the one likely to do so is KGF 2. A source very close to the project commented, “Laal Singh Chaddha was to release in February. The KGF team had slotted their film for April 14, 2022. They had no idea what was creeping upon them.”

Though Aamir says he has met the KGF leading man Yash and director Prashant Neel, sources say Yash is very upset with Lal Singh Chaddha’s new release date. “It just crept up from nowhere, unannounced unexpected. Yash and the KGF director Prashant Neel feel it would be cowardly to move out of April 14. But then, this is not a wrestling match where both parties must stand their ground. Someone has got to blink,” a source close to Yash informs.

This writer spoke to one of the KGF actors who said, “I’ve no idea whether we’re actually coming on April 14. We’ve been postponing for almost two years. Now when theatres have opened up, we are stuck in this situation with another big film. However, insisting on release the same day (as Laal Singh Chaddha) would be damaging.”

We can only wait and watch for the next move. Sources say a meeting is being set up between Aamir Khan and Prashant Neel to sort out the matter. Yash may also attend the meeting.

Also Read: Aamir Khan finally opens up about the postponement of Laal Singh Chaddha and its clash with the Yash starrer; says, “I profusely apologised and explained my predicament”