Last Updated 08.02.2023 | 9:52 PM IST
feedback language
follow us on
Bollywood Hungama » News » Bollywood News » Aamir Khan finally opens up about the postponement of Laal Singh Chaddha and its clash with the Yash starrer; says, “I profusely apologised and explained my predicament”

A couple of days back Bollywood Hungama had reported that the Aamir Khan starrer Laal Singh Chaddha which was initially supposed to release on Christmas 2021 and had been pushed to the Valentine’s Day weekend next year, would now release only on April 14, 2022. While reports claimed that the delay in the release of the film was due to ongoing VFX work, the actor and producer toplining the film, Aamir Khan was quiet about the entire scenario. Now in an interview with Komal Nahta, Aamir finally opened up about the delay and the imminent box office clash with the Yash starrer KGF 2. 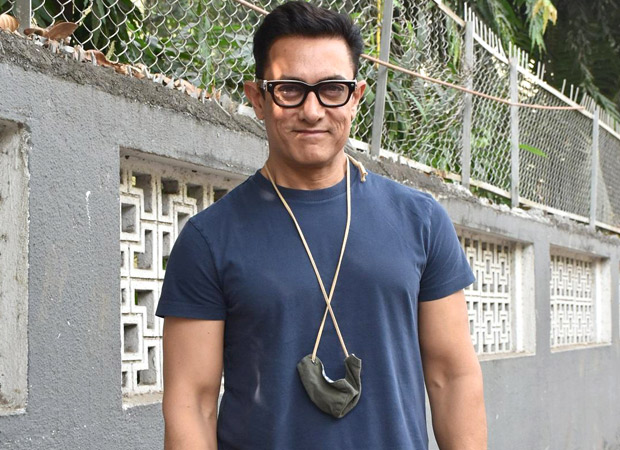 Aamir Khan finally opens up about the postponement of Laal Singh Chaddha and its clash with the Yash starrer; says, “I profusely apologised and explained my predicament”

Speaking about the delay Aamir Khan stated that it was indeed the VFX of the film which was taking time, “There are two ways of doing the visual effects — you can do a rush job or you can go for quality work. I didn’t want a rush job, hence I preferred to postpone the film.” Further explaining in more detail the actor continued that it was only after the lockdown in March 2020 that it was clear the visual effects work would be delayed. Besides that, there were also portions of the film that were yet to be shot. Keeping these reasons in mind Khan opted to push the release to Christmas 2021. However, post the second lockdown with VFX still a long way from being complete Aamir claims that he sat down with his team to define a more realistic deadline. Interestingly, the team responded that they would be done by March 14 which also is Aamir’s birthday. With a month to lockdown the nitty-gritties and promote the film, Aamir and team locked April 14 as the final release date.

When asked about whether releasing Laal Singh Chaddha alongside an already announced big-ticket film. Viz. KGF 2, Aamir added, “Ideally, I would never take a date which has already been finalised by the producer of another big film. I hate to give the impression that I am trespassing on someone else’s territory, but since I am playing a Sikh for the first time in my career, the Baisakhi day (14th April) seemed to be the most appropriate for the release of Laal Singh Chaddha.” Later talking about the clash with KGF 2 and his reaction on the same Aamir added, “Before I finalised the date, I profusely apologised to the producer (Vijay Kiragandur), director (Prashanth Neel), and lead man (Yash) of KGF Chapter 2. I wrote to them and explained my predicament. I told them how the lockdown had made matters difficult for all producers. I also explained that a Baisakhi release for my film would be ideal. They understood my viewpoint and were good enough to ask me to go ahead in spite of their film releasing on the same day. I was very touched by their gesture. In fact, I had a long heart-to-heart conversation with Yash who was very supportive of my plan. I told him that KGF was an established brand name and so, people would definitely patronise the sequel. I also told him that since his was an action film whereas mine was a family film as it was a love story, the two films would hopefully not eat into each other’s collections. I also volunteered to promote his film. I told Yash, I would be watching his film on 14th April in a cinema hall as I am a fan of the KGF franchise, like millions of others.”

Also Read: “I’ve read the Mahabharat and am greatly influenced by it” – Aamir Khan