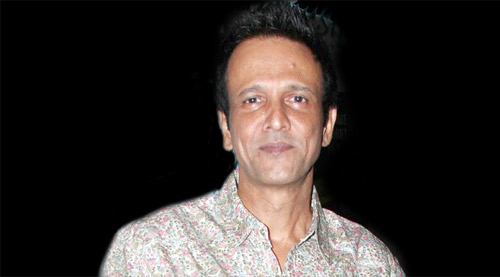 The very talented K K Menon is back in full form as Tabu's treacherous lover in Haider. He speaks to Subhash K Jha


What was it like shooting for months in Kashmir?

I was enthralled by Kashmir. I think Switzerland is no match on Kashmir. There is a magical quality about the place. Kashmir has a pristine soul. I am so blessed I could become a part of Kashmir for 45-50 days. I am in love with Kashmir. I'll be going back there, and this time not to shoot a film. When the floods ravaged the Valley I felt the pain that one feels for home.


How tough was it shooting in Kashmir?

As far as the local administration was concerned, it was an absolute dream. We shot it in two schedules in two seasons, autumn and winter. The winter when we shot saw the highest level of snowfall during the past 20 years. It was really tough to shoot in that snow.

You've played Shahid Kapoor's treacherous uncle in Haider with remarkable compassion. How did you manage to make the villain so humane?

Yes, I didn't want Khurram to be a hateful character. What helped was the fact that Shakespeare's Hamlet became Vishal Bhardwaj's Kashmiri story. When I visited Kashmir for the film-for the first time in my life, I might add-I was stuck by the average Kashmiri's innocence and naivetÃ©. I think it's because of their innocence that they are a troubled people. I felt there could be no cardboard characters in a place like Kashmir. I had a discussion about this with my director Vishal Bhardwaj. We incorporated that little bit of innocence into my character. Also, mine was the only character in the film to be dealing with opposing emotions. Love for Tabu's character and greed for power.

This role required you to dig into the darkest recesses of your inner self?

Isn't that what acting is all about? I believe one must surrender the ego first. Only then can the actor become familiar with the character.

How much of a help was it have Tabu opposite you on screen?

In spite of her immense intensity on screen Tabu is most easygoing on the sets when the camera is switched off. That certainly helped. It's great fun to interact with actors who know their craft extremely well. Also, it's a relief to communicate with actors whose level is above... (laughs)...mediocrity.

Do you miss actors like Tabu and Shahid Kapoor in other projects?

It'd be unfair to comment on co-stars. But after 17-18 years in the business I do know that one needs to play an innings within a test match. I can't say my co-player has got bored, so I'll also throw away my wicket. I need to play my innings within the team spirit.

Did you re-familiarize yourself with Hamlet before doing Haider?

Every student who studies in an English medium school does Shakespeare. I knew we were entering into Hamlet. But more than that we needed to focus on the screenplay and the storyline to enter Vishal's Kashmir. More than anything else the play was only a moral support.

How much of the Kashmir issue did you have to study before plunging into Haider?

I don't think films are normally made for a social cause. I always focus on the director's vision. There is a certain attitude that I adopt in all my performances even if it doesn't suit some directors. I believe all performances including the extroverted ones, are internalized. I play human beings as individuals. I don't bring my own ego into the character.

Your next project Bombay Velvet re-unites you with Anurag Kashyap?

Before that I have Neeraj Pandey's Baby where I've a kind of cameo. Neeraj and I had done tele-films in the past. In Bombay Velvet I've a glorified cameo appearance. I'd blindly do any role Anurag offers me to. Even if he asks me to do one line I'd happily do it. I saw some rushes of the film and I was completely mesmerized. I think Anurag has done a great job. I've done some of my finest work with him. My rapport with Anurag Kashyap is pre-ordained. Whenever I work with Anurag I feel extreme freedom. When he says 'action' I feel Anurag feels so much trust in me that elevates me to another level.

What will we see you do in Bombay Velvet?

There is a huge historical background to the story. It's about the power games to grab all the posh land in Bombay in the 1960s. I play someone investigating the huge land scam. I play a crime branch chief Vishwas Kulkarni. Incidentally I had played super-cop Rakesh Maria in Anurag's Black Friday. In Bombay Velvet it's a character based on a real person but still semi-fictional.

Any other future projects?

One film that I am looking forward to is Saat Uchchake where I have worked with Manoj Bajpayee for the first time. It was an absolute pleasure working with Manoj. Manoj and I are in love with the same girl in the film. If Manoj hadn't done Ram Gopal Varma's Satya actors like me, Irrfan and Nawaz would not have been made any headway in our cinema.

Prior to Haider your films and your performances were disappointing?

To give you another sports analogy, you have to play the game by the rules no matter what the game. I surrender completely to all my films. I can't discriminate between projects. I do my best for all characters. I can't be unfaithful to my profession on any level. An actor needs to focus on just three letters: a, c and t. An actor must remain within the portals of his character. Some films and performances go wrong.

You didn't achieve the threshold of your abilities in films like ABCD and Raja Natwarlal?

That happens to the best of actors. Even Robert de Niro. I'm glad that at least ten percent of my work has been appreciated. No actor can pre-empt the quality of a film. I feel my ratio of good and bad films is fair. I really enjoyed working with Remo d'Souza and Kunal Deshmukh.

What are your criteria for selecting roles?

I can't answer that easily. I have to feel a connection with the character. It's strange organic process. When I read Haider my character Khurram beckoned me to play him.

You started in 1995. Are you satisfied with your journey?

I've no complaints. I am not a very ambitious or aspirational guy. I never take success or failure seriously. Life cannot be without ups and downs. Every professional sees ups and down in his career. If I can leave behind something for posterity I've succeeded in doing what I had set out to do. I always feel my next film would be better than my last.

Actually the hardcore masala stuff is not difficult to do. If you can surrender your ego completely to the character, which is not easy to do, then you can give authentic performances. Masala films require you to do just the opposite. The entire project is around the ego.

Are you thinking of producing or directing a film?

Production requires a lot of money which I don't have. Direction is also too risky for me as an actor I'm shielded by a whole team of talents. However if I ever get bored of acting I'll definitely direct a film.

I've always kept my dreams and roles separate. When I see a Paan Singh Tomar I am filled with admiration for Irrfan. But I wouldn't want to play that role. If I covet others' roles there would be no enjoyment and no experiences to fall back on for my future roles.

I wish our cinema would move on to the next level. Let the next generation have something meritorious to fall back on. I hope that happens in my lifetime.