One of the most adored Bollywood actresses is Katrina Kaif. She debuted in 2003 with the release of Boom, and in the roughly 20 years since then, she has made significant progress. The release of Phone Bhoot, which also stars Ishaan Khatter and Siddhant Chaturvedi in the main roles, is currently being anticipated by the Namastey London heroine. The eagerly awaited Phone Bhoot trailer was released a few days ago, and viewers have been responding well. Since Katrina started the movie's promotion, we can expect to see a lot of Katrina's fashion photos in the next weeks, which we actually anticipate more than the movie itself. 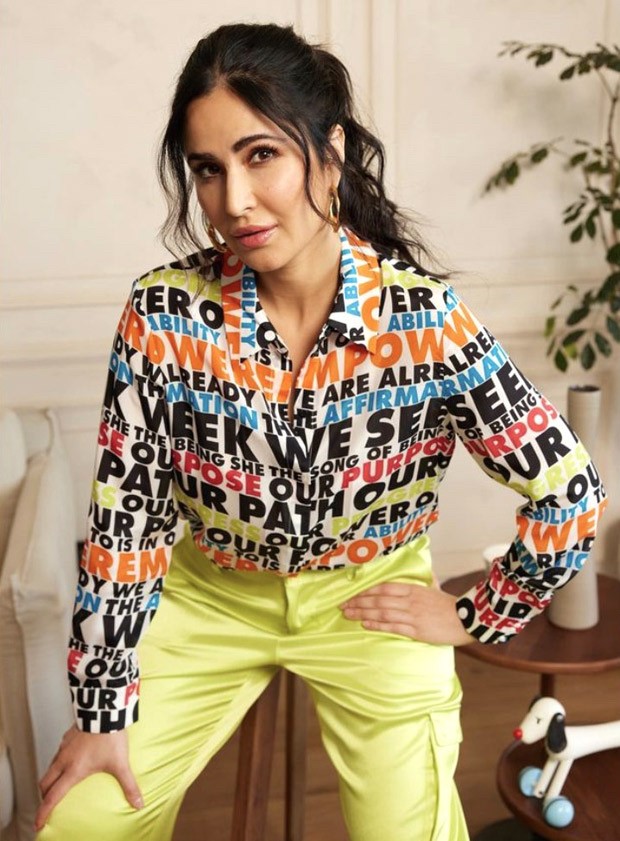 Over the course of her successful film career, Katrina Kaif has created an own style that is balanced, centred, and always fit. The Bollywood star is well-known for being a fitness master and for being one of the hardest-working performers in the business. She makes the most of her statuesque stature and recognisable beauty appearance in form-fitting ensembles like no one else, with desirable skills on screen. With her quirky yet fashionable dress, Katrina Kaif once again gave the fashion gods a run for their money. Katrina chose a semi-formal outfit for the most recent Phone Bhoot promotional event, which instantly won us over. Katrina dressed quirkily for the occasion in multi-coloured graphic top and bright satin pants with cargo-style pockets and tie-up ends from Alice +Olivia. Her pink and orange strappy heels gave even more colour to the striking outfit.

Katrina chose a glossy makeup look with pink lips and accented her eyes with smokey eyeshadow. She styled her hair into a high ponytail and added soft, wavy flicks to keep her look basic. Katrina displayed style with her tiny earrings while letting her clothing speak for itself. She added gold hoops to complete her unique and entertaining outfit. Katrina Kaif shared two photos of her on her Instagram handle and captioned it, "Had a lot to say …… so I put it on my shirt." 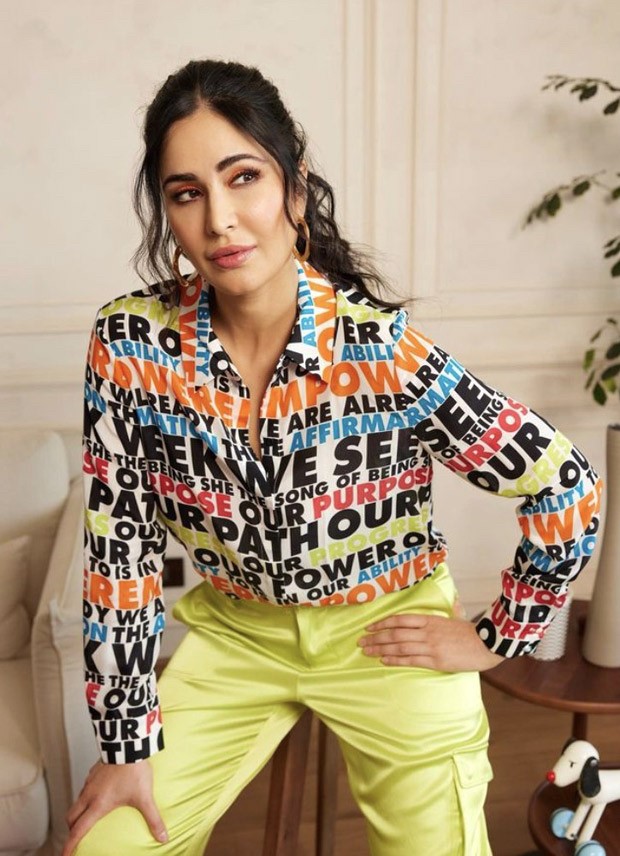 Meanwhile, Phone Bhoot will mark Kat's first venture into the horror-comedy genre. It will also mark her first on-screen pairing with Ishaan Khatter and Siddhanth Chaturvedi. The film is slated to hit the big screen on November 9. The beauty is currently busy shooting for her next Merry Christmas and is also awaiting the release of her film Tiger 3 with Salman Khan.