Kartik Aaryan and Sara Ali Khan are gearing up for the release of their upcoming film Love Aaj Kal. The film directed by Imtiaz Ali is a sequel to the 2009 film of the same name starring Deepika Padukone and Saif Ali Khan. The trailer of the film released a few days ago and shows a love story across two different timelines. Kartik Aaryan plays the protagonist in both the timeline. 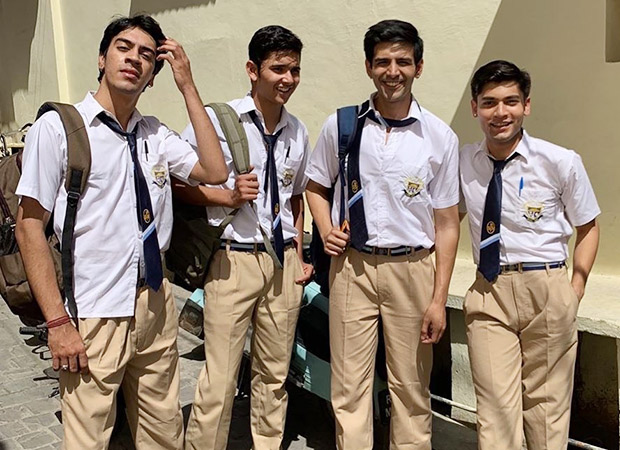 Kartik Aaryan and Sara Ali Khan have been sharing BTS pictures from the film to engage with their followers. Now, Kartik took to his social media handle to share a picture of himself dressed as his character Raghu, who is a student from the 90s. He is seen posing with actors who will be seen onscreen as his friends. Sharing the picture, Kartik wrote, "90s hot kids be like ????Kartik minus 8kgs= #Raghu ????????????????❌#FiftyShadesOfRaghu ???????? ????#CoolBoyz Squad Goals ???? #School#LoveAajKal ❤️

Love Aaj Kal presents a contemporary and relatable portrayal of two stories- one set in Udaipur in the early 90s and the other in modern-day Delhi, as they interact to learn (or perhaps unlearn!) from each other the different facets of love, commitment, and relationships. The film is slated to release on February 14.