Kartik Aaryan is on a roll, and how! If 2019 started on a rocking note for him with Luka Chuppi, the year is set to conclude on a further high with Pati Patni aur Woh. Going by the rollicking promo of the film, the young star has another major hit under his belt on the way. 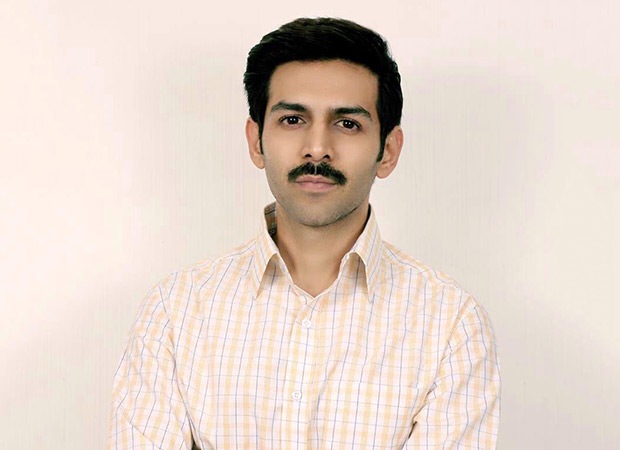 The fact that the film was a remake of the Sanjeev Kumar, Vidya Sinha and Ranjeeta star was a good enough reason for curiosity to build around what the team had to offer. Of course, since the original was set four decades back, there was also a question around how the Kartik Aaryan, Bhumi Pednekar and Ananya Pandey starrer would be set in the current times and come across as topical and contemporary.

Well, all such doubts have been laid to rest as the promo indicates a fun ride all the way which is as relatable as it gets. It is quite apparent that Kartik is pretty much in the thick of things when it comes to getting the part of Chintu Tyagi right. Though he has played a mischievous character in almost all his films since the days of Pyaar Ka Punchnama, there is some kind of variation coming in Pati Patni aur Woh, what with Kartik getting into a middle class avtar with a marital status to add. No wonder, from someone who couldn’t really gather what was the big deal about being in a relationship (Pyaar Ka Punchnama series, Sonu Ke Titu Ki Sweety) is in an altogether different zone this time around, courtesy relationship with his ‘patni’ (Bhumi) and ‘woh’ (Ananya).

What is remarkable is to see the youngster grow in confidence film after film. Of course the fact that he is coming after three big successes is further helping the cause and that’s something translating in his act on screen. However, what’s adding on to this all is the spicy character that has been written for him, the dialogues that he has been given to mouth and of course the hilarious situations that have been created for him.

As for the film as a whole, the promo has already done its job and amongst the youth, Pati Patni aur Woh should find very good traction on its release. With audiences lapping up all the entertainment that films have to offer in the current times, Kartik can well heave a sigh of relief and now wait for audience reactions once Pati Patni aur Woh opens in exactly one month from now.