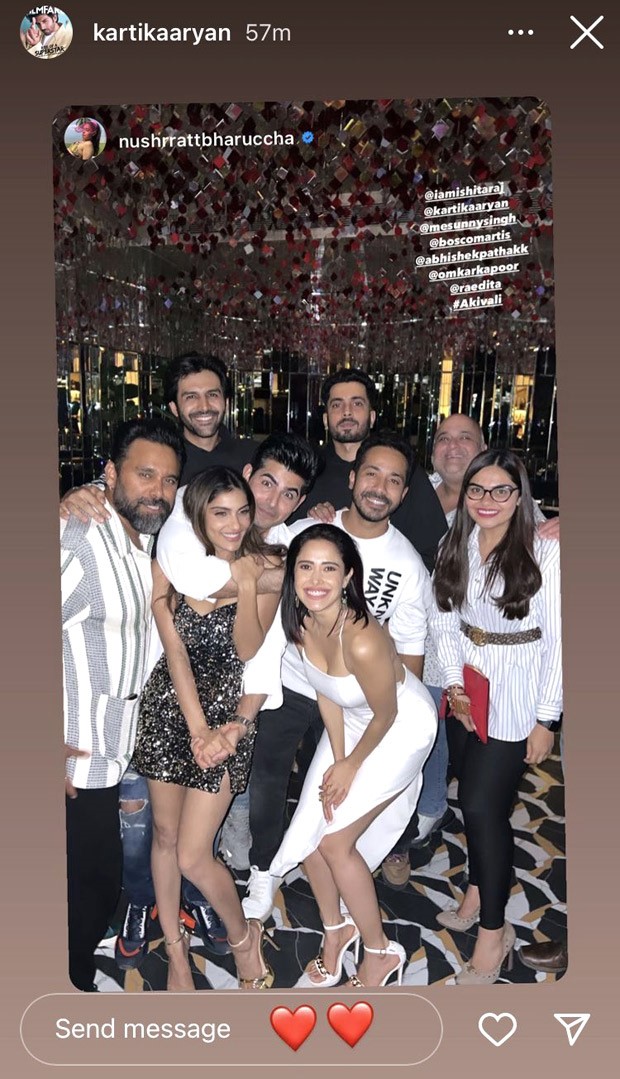 Several attendees took to their Instagram handles to share pictures and videos as they met at Ishita’s birthday party. In a glittering dress, Ishita was snapped with her friends as her birthday bash also turned into a Pyaar Ka Punchnama reunion.

In one of the photos, all of them along with choreographer Bosco Martis posed for a picture. Another photo showed Kartik posing with Nushrratt, Sunny, Omkar and Ishita as they laughed. The Janhit Mein Jaari actress shared the picture and wrote, "Us!!!". She also uploaded a selfie featuring herself, Sunny, Kartik and Ishita. 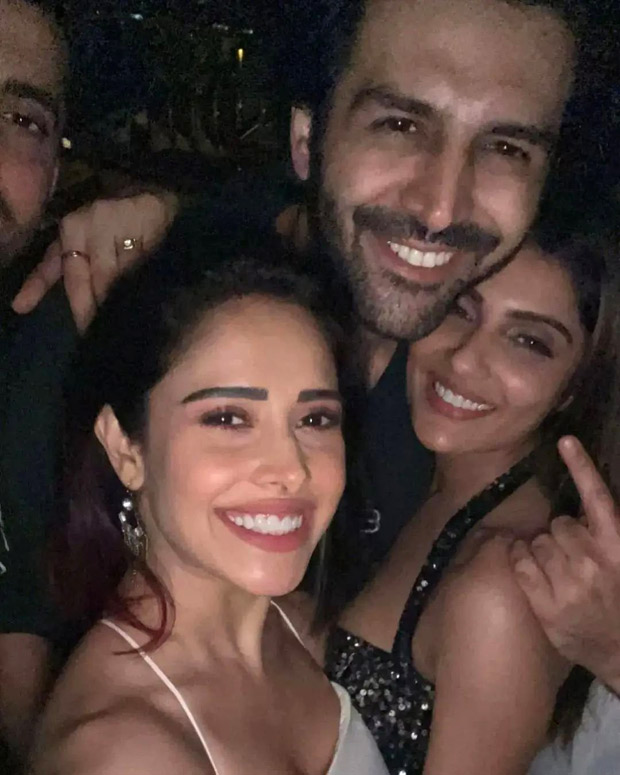 In one of the videos, Kartik was seen holding a phone and counting members in the group photo. “One second, I’m checking the tags. Don’t disturb," he said as Nushrratt recorded the video. A smiling Nushrratt then said, “He’s tagging everybody." To which Kartik replied, “Social media manager hoon main (I’m the social media manager)."

She also reshared a photo by Bosco featuring himself, Nushrratt and Kartik. Kartik clicked the selfie and Bosco posted it with the hashtag “moment” while also tagging the two actors. Sharing it, Nushrratt wrote, "Hahahahha Boskiii!!!" Sonnalli posted a selfie along with Nushrratt and Ishita. 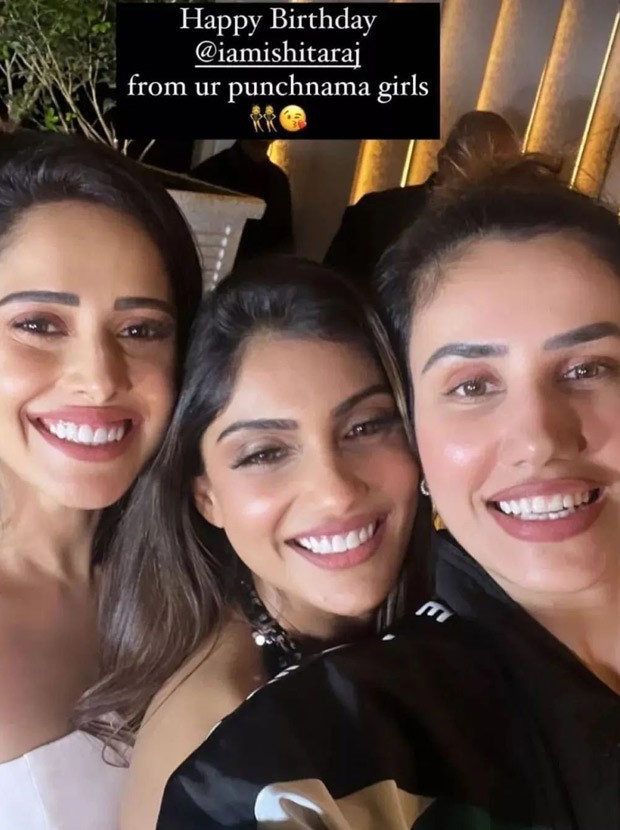 Meanwhile, Kartik Aaryan was last seen in Bhool Bhulaiyaa 2. He has now been shooting for Rohit Dhawan’s Shehzada opposite Kriti Sanon, which is slated to release sometime in November. While Nushrratt was last seen in Janhit Me Jaari, she next has Selfiee with Akshay Kumar, Emraan Hashmi and Diana Penty in the pipeline. She will also be seen in Ram Setu with Akshay and Jacqueline Fernandez.