The ‘Nepotism’ debate between Karan Johar and Kangana Ranaut resurfaced this year with many back and forth allegations, followed by the actress also slamming Ranbir Kapoor and Karan’s student Alia Bhatt. But it seems that the head honcho of Dharma Productions is not keen on extending this any further and recently went on to call Kangana as one of the best actresses in Bollywood. Is it a case of letting bygones be bygones? 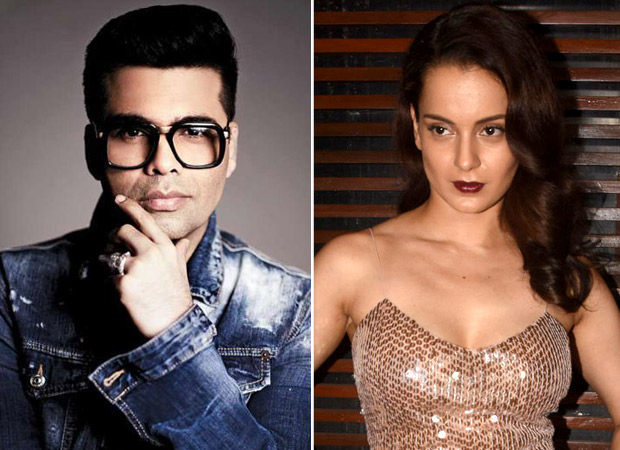 Well, considering that Kangana Ranaut took a major dig at Ranbir Kapoor and Alia Bhatt during one of her recent interviews, everyone was waiting for Karan Johar to respond to it. While the filmmaker producer had earlier stated that nepotism is not his favourite word but someone else’s during YouTube fan fest, the statement was supposed to be a dig at Kangana. Owing to the same, Karan was asked if he would like to cast Kangana in one of his films and the filmmaker not only said that he would but was also all praises for the actress, calling her as one of the best actresses in Bollywood.

Furthermore, the producer during another interview also added that if a role demands someone like Kangana, he wouldn’t mind working with her. It is yet to be seen as to what Kangana has to say on these statements.

For the ones living under hibernation, Kangana Ranaut called Karan Johar as the flag bearer of nepotism during his chat show. The issues further fueled up when other actors too came out in defense of the producer. On the other hand, Kangana even slammed Karan Johar’s student Alia Bhatt for not revealing her political views post Pulwama attacks and lashed out at Bollywood including Karan Johar for not supporting her last release, Manikarnika - The Queen of Jhansi.

On the work front, Karan Johar is gearing up for the release of Kalank, which is directed by Abhishek Varman. The film stars Varun Dhawan, Alia Bhatt, Madhuri Dixit, Sonakshi Sinha, Sanjay Dutt and Aditya Roy Kapur. It is slated to release on April 17.

‘Pray that the CBI takes over Sushant Singh…