The feud between Kangana Ranaut and Karan Johar is known to all. The actress has openly called out Karan Johar on Koffee With Karan show for being flagbearer of nepotism and movie mafia. Since then, the debate on nepotism doesn't see the end of the day and the feud between these two celebrities continues to get bitter and bitter. And once again, Kangana Ranaut has opened up the can of worms and is calling out Karan Johar. 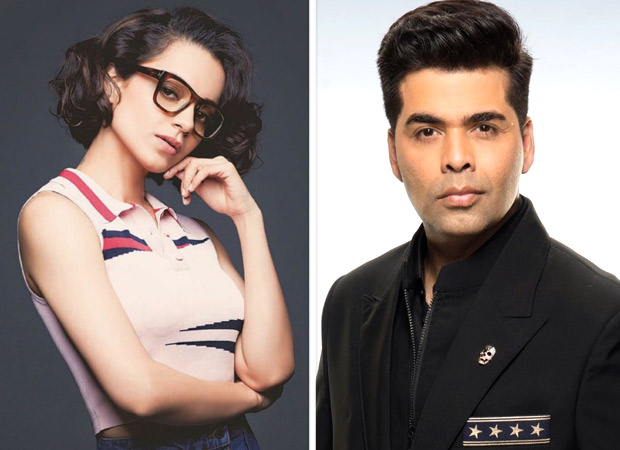 At the India Today Conclave 2019 in Delhi, Kangana Ranaut was asked about not making it to the best actress list in Koffee With Karan and whether she feels left out.  "I don't feel left out. I really feel I stand out. When you talk about actresses, here's a three-time National Award-winning actress. The Mr Johars of the world try to present a list of people whose acting abilities are questionable. It's brain-feeding of another magnitude," she said.

The actress further added, "There was a time when we liked bell-bottoms and neon shades that people wore in the 70s but when we look back, we find it funny. This is what is going to happen to these people. They are going to look like idiots."

It did not end there. Kangana Ranaut even brought up the infamous IIFA awards where KJo had mocked her on the nepotism debate. "Karan mocked me on the IIFA stage and said that I am jobless and I am looking for jobs from him or something like that. I mean, look at my talent and look at your movies. I mean, really? He really called me jobless on some platform? I think some people need a dose of chyavanprash," Kangana said at the conclave.

On the work front, Kangana Ranaut was recently seen in Manikarnika - The Queen of Jhansi. Her lineup for 2019 includes Mental Hai Kya and Panga.