Gudi Padwa, the Maharashtrian New Year, is a day best celebrated with family and friends for which actress Shraddha Kapoor tries to be in the city so that she can spend time with her family on the occasion. Shraddha is one of the busiest actress in Bollywood today, with 4 projects to release in 2019, for which the actress has been shooting back to back due to which she is not been able to give much time to her family. On Gudi Padwa too, the actress will be working the whole day but after shooting will be spending some quality time with her family. 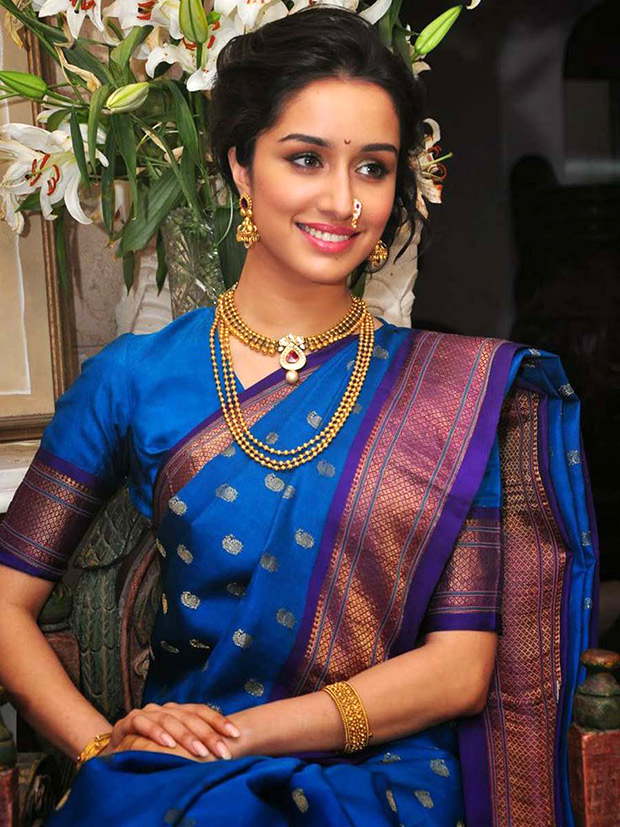 Talking about her fondest memories of celebrating the festival, Shraddha says, “Ever since I was a kid, Gudi Padwa has been a part of my life. I have the fondest memories of celebrating the day with my grandparents. We would have til gul (sesame and jaggery laddoos) and I would look forward to being fed lots of food by my grandparents. My fondest memories are while growing up. Now I am almost always filming. Traditionally our family would get together, but I don’t get to be a part of that now.” Shraddha’s mother Shivangi is a Maharashtrian and it’s been a tradition for the actor to celebrate the day with her extended family. Special Maharashtrian delicacies like Puran Poli, Sheera and Shrikhand are prepared each year and Shraddha, who has a sweet tooth, takes a day off her diet to binge on them.

Last year, the actor gifted her mother and Aunt Chanderi saris on Gudi Padwa as she was shooting in Chanderi, Madhya Pradesh for Stree. Basking with multiple releases, Shraddha Kapoor is the only actress to have been signed for sequels by the filmmakers. The actress is currently prepping hard for her role of a cop for upcoming crime thriller Saaho alongside Prabhas is not a spectacular dancer but has also carved a niche in action oriented films.

After surprising the audience in variations of dancing skills like contemporary, hip-hop, locking and Popping, in ABCD 2 the actress remains the first choice among the makers, when it comes to a dance film as the actress has been roped in for Street Dancer 3D.

When the filmmakers set out on a hunt for the lead actress of their super-hit Baaghi franchise, Shraddha Kapoor was the ideal woman in their opinion to revive the franchise. Showcasing her delicate yet fierce avatar in Baaghi, Shraddha Kapoor has been finalized for the third instalment of the film as well. Shraddha Kapoor has a tight schedule and has bagged four films this year like Chhichhore, where the actress will play a college girl, Saaho, Street Dancer, and Baaghi 3.

Also Read: Shraddha Kapoor posts pictures from the wrap of Chhichhore and posts an emotional message as the journey comes to an end