John Abraham is all set to impress us with his spy act with Romeo Akbar Walter (RAW). He did not leave any stone unturned to make sure that promotes his film well and therefore made an appearance with Mouni Roy to the Kapil Sharma Show. He made sure to entertain masses along with the comedian to ensure to get them interested in his upcoming movie. While Kapil was indulging him in banter, he said about how easy it was for John to impress any girl because of his drool worthy physique and GOOD LOOKS. 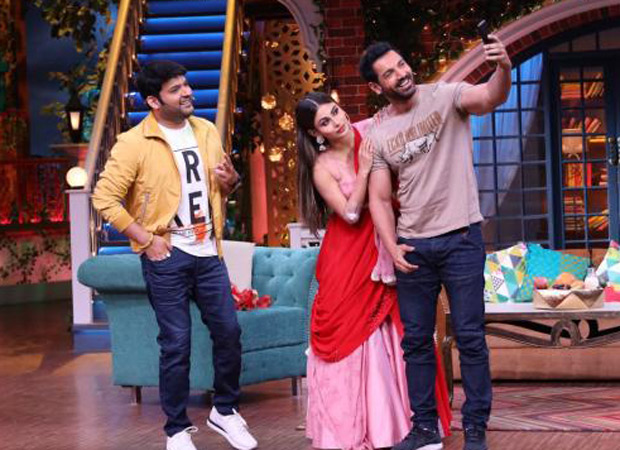 John, modest that he is, said that while girls do like a man with a good physique, they actually dig the funny guys. He even went on to the extent of saying that he would definitely fall for Kapil, if he were a woman. That sure floored the comedian. Kapil along with his co actors Kapil Sharma, Krushna Abhishek, Kiku Sharda, Bharti Singh, Archana Puran Singh and Chandan Prabhakar posing had blast with the RAW stars.

John has been producing films under his own banner JA Entertainment and he has said on many occasions that he wants to create quality content and not follow a particular camp. As far as Kapil Sharma is concerned, he is doing quite well with his show which is consistently getting top view rate.