Upcoming weekend on The Kapil Sharma Show will be full of love, romance and comedy when Bollywood’s most loved duo Ajay and Kajol will be seen having a gala time while promoting their movie Tanhaji. This is not the first time that Ajay and Kajol will be seen opposite each other as a couple and we all can’t wait for their on-screen chemistry to come alive. The husband and wife duo will be seen spilling out interesting snippets from their life as a couple on The Kapil Sharma Show. 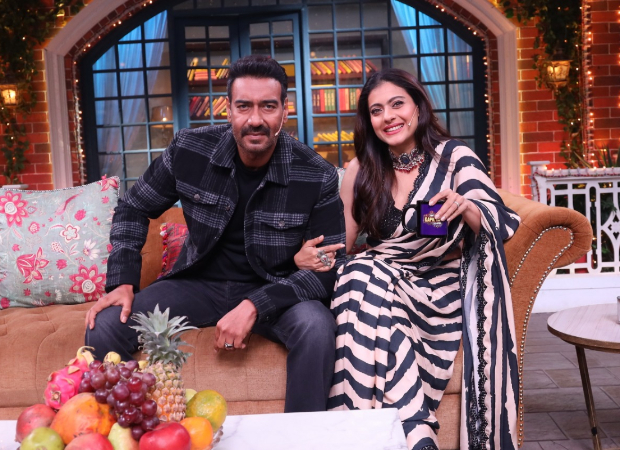 In a candid conversation, Kapil enquired from Ajay whether his silent nature is an aftereffect of Kajol being the talkative one. Confirming the same Ajay comments, “Yes, this is true. She has a habit of speaking on my behalf as well.” Conversations continued when Kapil posed another question to Ajay. He asked about a rumor that when a film has Kajol's falling sequence it automatically becomes a hit that’s why Ajay tries to incorporate such sequences. Hearing this Ajay remarked, “Making her fall for real will only double my work at home (laughs).” Agreeing to the statement Kajol adds, “This has some truth in it. Because I have falling sequences in most of my movies.”

Kapil shoots another hilarious question asking whether Ajay and Kajol have a different set of vanity vans when they work on someone else’ s movie, but prefer using only one vanity when it is a home production. Ajay comments, “No. if it's my production I don’t have any vanity at all.”