Comedian Kapil Sharma who always makes the entire India laugh hard with his stand-up comedy and fun banter has recently made his OTT debut. The comedian has made his debut with the Netflix original, Kapil Sharma I'm Not Done Yet.  In the show, the stand-up comedian has been sharing bits and pieces from his personal life and entertaining the audience to the fullest. 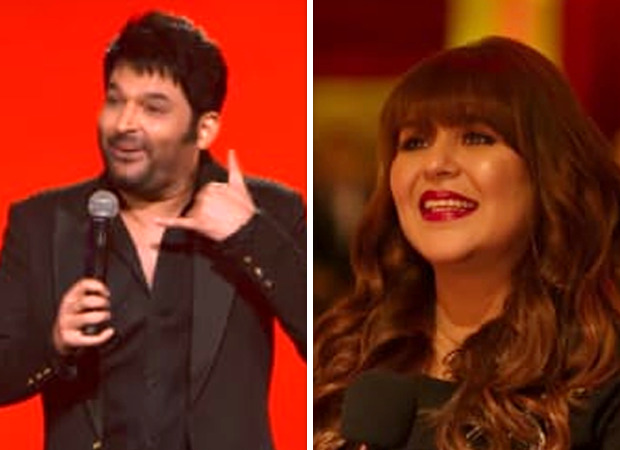 The show has been getting a very good response from the audience and its video clips have been going viral on the internet. In one of the clips shared by Netflix India on their official Instagram handle, Kapil recalled a hilarious incident where he asked his wife Ginny Chatrath if she loves him or not.

Recalling the incident, Kapil revealed that he and Ginni did theatre together in their initial days. He shared that Ginni was her favourite actress and he'd assign her various duties and for the same, she used to call him to give reports. One day when Ginni called him, he had consumed good amount Officer's Choice ( an alcohol brand) and was in a very drunk state. On picking up the call, Kapil directly asks Ginni if she loves him. Kapil also shared that hearing this, Ginni was left shocked at his question and must be thinking, "isme itni himmat akah se aagyi" (How come he became so daring).

Later Kapil moved to Ginni who was sitting in the live audience and asked her the reason for choosing to marry a guy with a 'scooter' despite belonging to a financially rich family. Answering the same with her own hilarious knack, Ginni said, "Kuch nahi mene socha paise wale se toh sab hi pyar karte hain..Socha is gareeb ka bhala kardu." (Nothing. I thought everyone marries a rich guy so I should do something good for this 'poor' guy). Hearing Ginni's hilarious answer, everyone in the live audience was left in splits including Bharti Singh who was sitting right beside her.