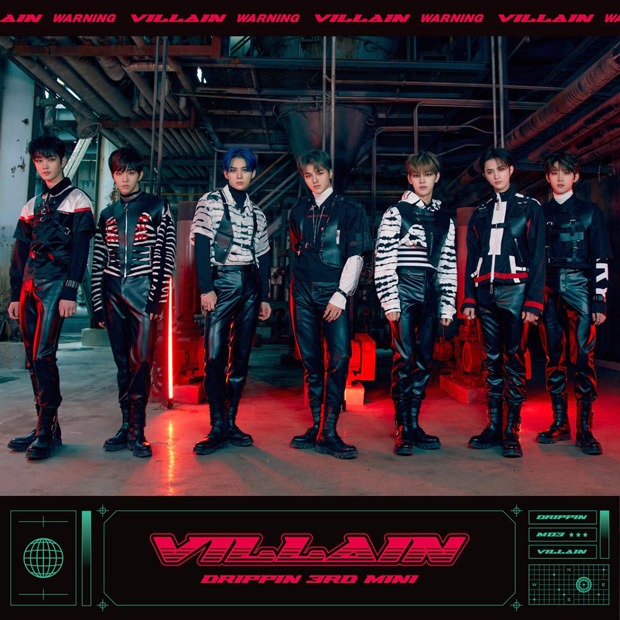 In the music video, awakening as dark heroes, DRIPPIN shows their irresistible intense charisma and fatal charm through 'Villain'. Both the song and album title 'Villain' compares the passion of moving toward their goal without
any hesitation to a ‘villain’. The lyrics of the track address how an urgent and conflicting situation can awaken one’s true abilities and bring them out to the world further amplifying DRIPPIN’s intense concept transformation.

The album also features songs from various genres, including the intro '7Villaz', 'Switch', 'SHY’, 'Delusion' and 'Remember'. The B-side tracks are also expected to show the dark hero concept that 'Villain' has, creating an album with a solid concept.

The 'Villain' music video, unveiled along with the album, boasts a spectacular scale that will rival a short Sci-Fi film. DRIPPIN’s global fans are especially excited at how the narrative of DRIPPIN as dark heroes with different superpowers will unfold.