Bollywood actress Kangana Ranaut, who is busy with the shoot of her next directorial Emergency, was seen meeting the Chief Minister of Himachal Pradesh, Jairam Thakur in Manali on Tuesday. 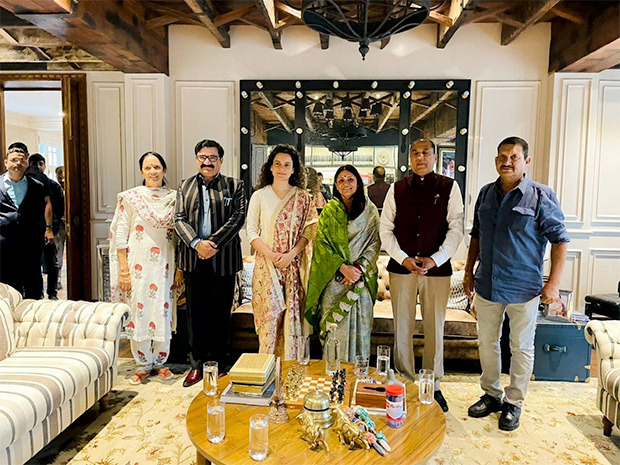 Taking to her stories on Instagram, the Queen actress shared a series of photos from her meeting. She is seen in conversation with Thakur in one of the photos at his residence on Tuesday, October 11. “Today Honorable Chief Minister of Himachal Jairamthakur ji met at his home… his Simplicity and love for Himachal are both inspiring,” she captioned the picture. 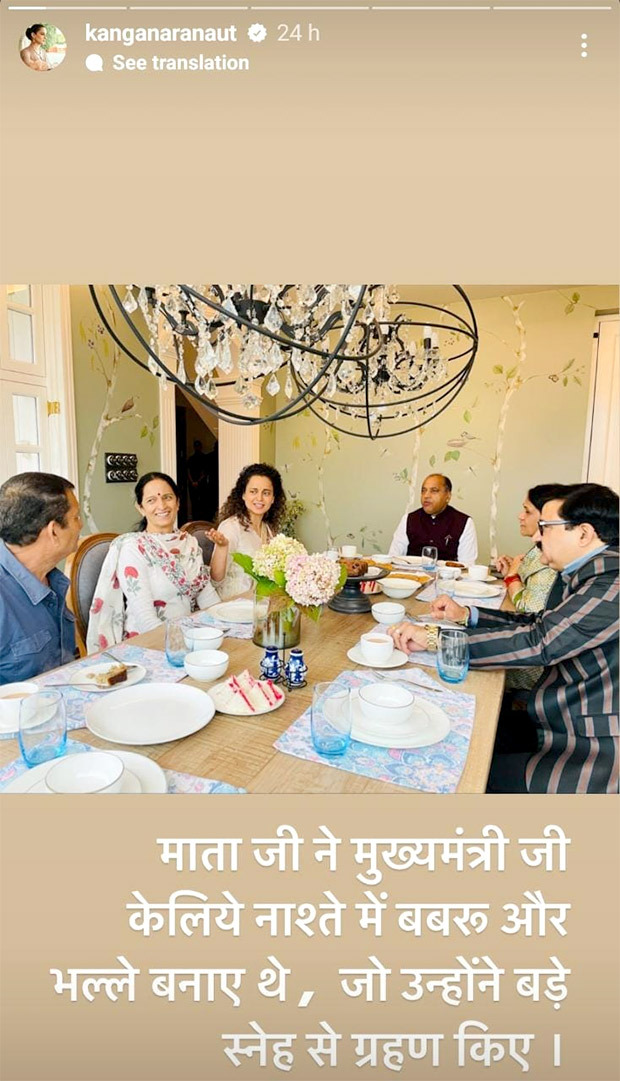 In the second photo, the actress was enjoying breakfast with the Himachal Pradesh Chief Minister and several other members of his team. The actress wore an Indian outfit and was seen posing with them in the photos.

Meanwhile, Kangana Ranaut is busy with the shoot of her next directorial Emergency. The film sees her as former Indian Prime Minister Indira Gandhi. Apart from featuring in the film, Kangana is also directing and producing it under her banner Manikarnika films. The film stars an ensemble cast including Anupam Kher, Satish Kaushik, Shreyas Talpade, and Mahima Chaudhary, among several others.

On the other hand, Kangana Ranaut is also set to essay the role of Indian Air Force pilot Tejas Gill in the Sarvesh Mewara directorial. On the occasion of Air Force Day, it was revealed that Tejas will release mid-summer in 2023.

ALSO READ: Kangana Ranaut starrer Tejas to release next year in the summer of 2023