From Ishq Vishq in 2003 to Kabir Singh in 2019, Shahid Kapoor has given us some deeply etched performances creating characters that were rendered interesting by the actor’s skills of endearment. So the Top 5... 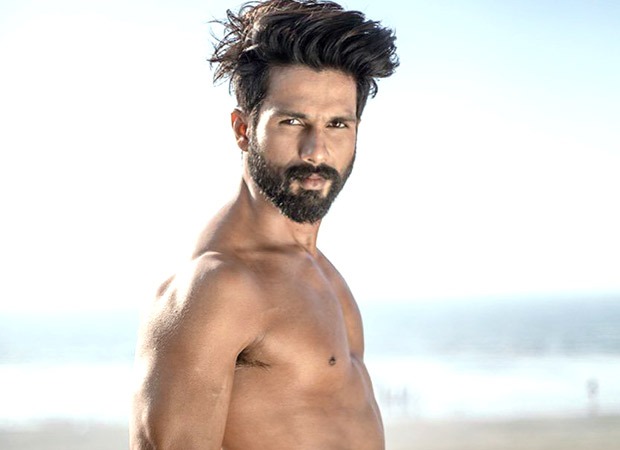 1. Kaminey (2009): One riff, two Shahid Kapoors …in that order. The ‘Dhan Tana Nan’ ruff from the club song of that title was far more popular than anything in this film. That destiny-making riff seemed suspiciously ripped off from Laxmikant-Pyarelal’s opening riff in Lata Mangeshkar’s ‘Haye Haye Yeh Majboori’ in the film Roti Kapada Aur Makaan. When I had said this to Vishal Bhardwaj he was alarmed back then. But it seems true. Also true is the fact that Shahid created two characters Guddu and Charlie without resorting to props or gimmicks. It is one of the most nuanced double roles in Hindi cinema since Dilip Kumar’s Ram Aur Shyam.

2. Haider (2016): Playing Vishal Bhardwaj’s kinky version of Shakespeare’s Othello and that too in the midst of Kashmir’s militancy was dangerous. That Tabu and Shahid play the mother and son torn by the agonizing disappearance of the man they both love (the late Narendra Jha, a surprisingly well cast actor in a role that is more about absence than presence) is a blessing for Bhardwaj’s Shakespeare. I don’t think any other two actors could have better understood the political, cultural and emotional complexities of their characters. Tabu and Shahid get a firm grip on their characters and pitch their emotional compulsions into Kashmir’s tormenting tale of terrorism during times of oedipal impulses. Their performing range hits the highest octaves without getting shrill. Towering luminous actors craning their collective creative necks into the director’s vision to give it mesmerizing magical spin. Shahid’s torn troubled tormented Haider brings out all the inner conflicts in a shimmering rush of Shakespearean angst. With this one performance, Shahid proves himself notches above many of his contemporaries.

3. Jab We Met (2007): It’s not easy for any actor to hold his own when the heroine has the author-backed role. Not every Suchitra Sen has a Sanjeev Kumar to give her tit for tat. But in Jab We Met Shahid created his own Aandhi, made his quiet impact besides Kareena Kapoor’s jabbering velocity. He allowed his silences to speak. Not that he had any choice. Kareena talks. Shahid listens. His is the tougher less ostentatious performance characterized by pain and anguish as opposed to the impetuous exuberance of his better-half who seems to float on verbal velocity.

4. Udta Punjab (2016): Feral Frenetic, riveting, hypnotic, hallucinogenic and altogether incredible we had never seen anything quite like Udta Punjab before. Playing the subversive rock star Tommy Singh, Shahid Kapoor is seen zonked out of his mind most of the time, screaming expletives and hurling abuses that would make Kabir Singh blush. It’s a high-intensity performance brought to mega-fruition by an actor not afraid to enter the unlit pitch-dark interiors of the human consciousness.

5. Vivah (2006): I will go with Vivah as Shahid’s fifth finest rather than the overrated Kabir Singh which was a poor copy of the same director’s Telugu film Arjun Reddy. Shahid’s character was nothing more than a toned-down version of his Tommy Singh in Udta Punjab. Whereas in Sooraj Barjatya’s Vivah Shahid explored a completely new sanskari territory tiptoeing through line after line of tradition-bound treacle, oozing sweetness and bonhomie, speaking to his elders with his eyes lowered, asking his future wife for a glass of water as if he was suggesting…never mind! All this without even a hint of irony. Now, that required herculean volumes of acting talent. Take a bow, Shahid.