It is already known that DC's Justice League had received mixed reviews when it released back in 2017. The film featured Superman (Henry Cavill), Batman (Ben Affleck), Wonder Woman (Gal Gadot),  Flash (Ezra Miller), Cyborg (Ray Fisher) and Aquaman (Jason Mamoa). But, soon after the release, fans began to demand to release director Zack Snyder's cut. The fans have continued to talk about #ReleaseTheSnyderCut on social media. 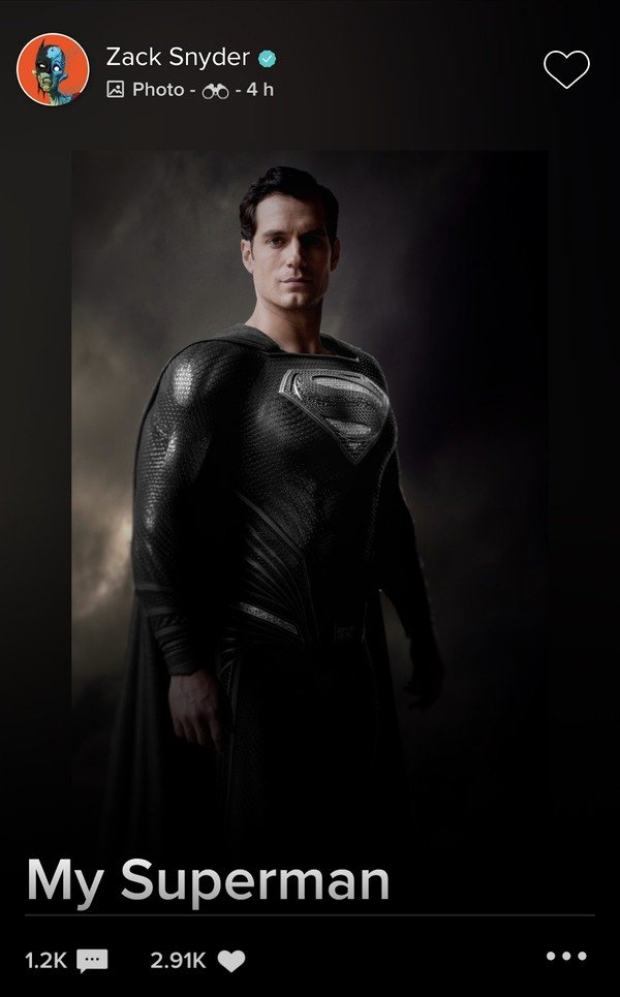 With Gal Gadot and Jason Mamoa, Zack Snyder seems to be in favour to release his cut and has been teasing fans what can be expected in his version of the film. The filmmaker, who likes to use Vero as his favourite social media tool, shared the photo of Henry Cavill as Black Suit Superman on Wednesday night. He shared the photo with the simple caption, "My Superman."

The Black Suit which is also known as the Recovery Suit surfaced in "Death Of Superman" storyline when Kal-El returned from dead. In that story, Doomsday kills Superman. Many started to take Superman's position in Metropolis when a figure arrives from the Kryptonian Regeneration Matrix who is seen in a black-and-silver version of the Superman suit.

In the deleted scene which was released on the Justice League Blu-ray, Henry Cavill's Kal- El walks past the black suit. In the Vero comments, a user asked what would the journey of Superman be to blue suit. Zack Snyder said that he would have worn the black suit for the entirety of the movie even in the third act battle. He also said that he would earn back his blue suit in the next two movies.

There is so much to all this...the surface hasn’t even been scratched.#ReleaseTheSnyderCut pic.twitter.com/5euKOBogJb

It seems like Zack Snyder's cut would show Henry in a black suit for the whole time, unlike the reshoots which were done by Joss Whedon. What do you think of this Black Suit Superman? Would the makers of Justice League ever release Snyder Cut? Let us know in the comments!