The year 2018 saw the rise of romance comedies on big screen and OTT platforms. The biggest success was Netflix's teen romance To All The Boys I've Loved Before which made Lana Condor and Noah Centineo, household names. Since then, the duo, who are close friends in real life, have completed the triology. 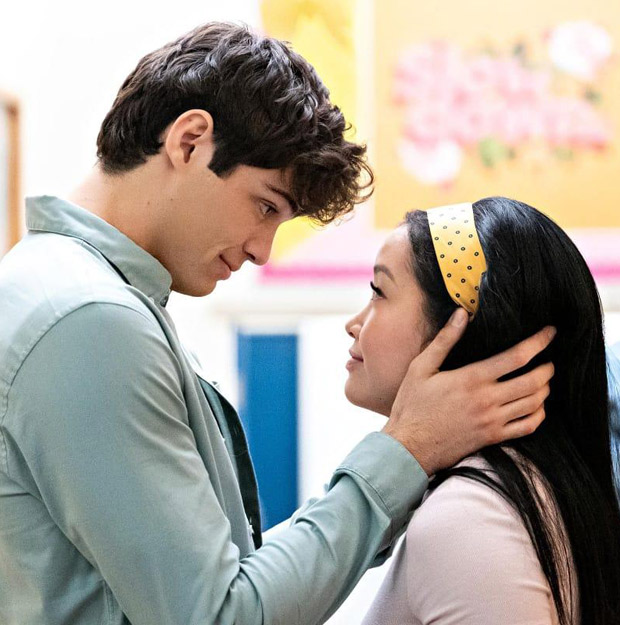 Now, the first look of the sequel has been unveiled with lots of inside moments. Titled To All The Boys: P.S I Still Love You, internet's beloved pair Lara Jean and Peter Kavinsky return in this sequel where they finally give their relationship a chance. From the first glimpses shared by Entertainment Weekly, the two of them look so much in love. Peter has become a part of the family it seems.

But, there's a twist. The first film was all about Lara Jean writing five letters to her crushes from her childhood to her teens. Her youngest sister Kitty delivers all of the letters on the written addresses. One of the crushes was her older sister Margot's boyfriend Josh. Other one was her friend Lucas who is gay. While the rest don't respond to the letters, Peter does. But, towards the end of the film, John Ambrose McClaren turns up at her doorstep. But, it ends in the cliffhanger

In the sequel, Jordan Fisher will play the role of John. So, To All The Boys: PS I Still Love You will be all about Team Peter vs Team John. Since John will create a lot of turbulence in Lara Jean's relationship. They’re true friends,” Lana Condor says of Lara Jean and John to EW. “But because you can love your friend very much, you get confused. You’re like, ‘Do I love him or do I love him as a friend?’ So he’s really there to mix it up.”

To All The Boys: PS I Still Love You will release on Valentine's Day 2020.

Here we go my loves! First look @ To All The Boys: P.S I Still Love You, premiering February 12th on @netflix. WHO IS READY?! ???? #psistillloveyou

Your first look at the #ToAllTheBoysIveLovedBefore sequel is here! ???? In 'To All the Boys: P.S. I Still Love You,' the follow-up to the hit 2018 Netflix film, Lara Jean is torn between Peter and John. Click the link in our bio for more details and exclusive photos. ????: Bettina Strauss/Netflix

A post shared by Entertainment Weekly (@entertainmentweekly) on Dec 12, 2019 at 7:12am PST