Last Updated 25.09.2022 | 9:48 PM IST
feedback language
follow us on
Bollywood Hungama » Movies » Movie Reviews » Justice League (English) Movie Review: Justice League is an average superhero flick. The film’s story is nothing exciting while the characters are interesting but the bond between them is not electrifying as such.

Justice League (English) Movie Review: Justice League is an average superhero flick. The film’s story is nothing exciting while the characters are interesting but the bond between them is not electrifying as such. 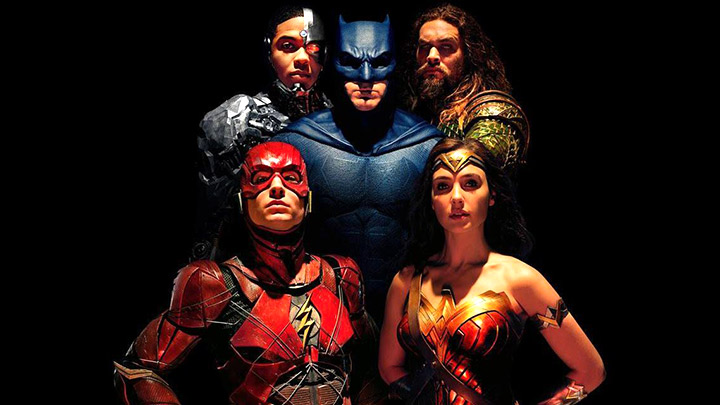 The craze for DC comics and its characters is unparalleled. Ever since the DC Extended Universe films are out, it has created a lot of buzz despite not so favourable response for MAN OF STEEL and BATMAN VS SUPERMAN: DAWN OF JUSTICE. However, SUICIDE SQUAD was loved while WONDER WOMAN that released earlier this year got loads of appreciation. Now, the fifth film, JUSTICE LEAGUE, is out and does it manage to meet the humongous expectations? Or does it emerge as a letdown like the first two DC films? Let’s analyse.

JUSTICE LEAGUE is the story of a group of superheroes coming together for a greater cause. After the death of Superman (Henry Cavill), Bruce Wayne aka Batman (Ben Affleck) and his new found ally Diana Prince aka Wonder Woman (Gal Gadot) assemble a team of heroes and outcasts consisting of Barry Allen aka The Flash (Ezra Miller), Arthur Curry aka Aquaman (Jason Momoa) and Victor Stone aka Cyborg (Ray Fisher). Their mission is to defeat Steppenwolf (Ciarán Hinds) and his army of Parademons. Steppenwolf is trying to search for the three ancient Mother Boxes scattered around the Earth and unite them for unlimited power. How the members of the Justice League put aside their differences and weaknesses and battle it out with Steppenwolf forms the rest of the film.

THE AVENGERS series of Marvel is extremely successful and has formed a benchmark of sorts in this genre. JUSTICE LEAGUE however fails to reach that level. The conflicts and conversations between the superheroes are not as exciting. Few of the jokes of Flash fall flat, shockingly. The villain’s entry is evil and scary but in the later part of the film, he doesn’t seem as powerful as one expects him to be. Also, one doesn’t feel connected to the guilt faced by Bruce over the demise of the Superman. On the positive side however, the action scenes and the VFX save the day. The film is just 120 minutes long and thankfully, the story moves quite swiftly. Wonder Woman’s entry is terrific. Also, Flash’s introductory scene makes for a nice watch. Post-interval, the entire bit related to Superman does raise interest level. Even though the pace drops in this sequence, it’s quite touching. The finale is explosive but the film leaves a lot to be desired. One has seen better superhero films than these and in this regard, JUSTICE LEAGUE will surely disappoint fans.

Chris Terrio and Zack Snyder's story is nothing new. Chris Terrio and Joss Whedon's screenplay however could have been more interesting and engaging. This was crucial because viewers have been exposed to a lot of superhero films in the last 5-6 years and in that regard, JUSTICE LEAGUE should have stood out. Also, the previous few films of DC haven’t done that well and JUSTICE LEAGUE was a chance to get back in the big league. But the routine screenplay ensures that JUSTICE LEAGUE turns to be an average fare. Zack Snyder's direction still has its charm, but only in certain places. He’s a pro when it comes to slo-mo scenes and the scenes of Flash are very well helmed. Even the introductory scene is presented in classic Snyder style and is worth a watch. But he could have done better and taken JUSTICE LEAGUE to another level which he doesn’t.

Performance-wise, Ben Affleck delivers an apt performance. Viewers have now accepted him as Batman and he manages to put up a good show. Gal Godot is gorgeous as expected and enhances impact in several scenes. The super success of WONDER WOMAN has made viewers hope for more of Gal in this flick and thankfully in that regard, she doesn’t disappoint viewers. Ezra Miller is sincere but somewhere, it doesn’t have the desired impact. Jason Momoa looks dashing and delivers an effective performance although his screen time is limited. Ray Fisher gives a fine performance and shines even in the emotional scenes. Henry Cavill has a very important part to play and he rocks the show. Jeremy Irons (Alfred Pennyworth) is decent. Amy Adams (Lois Lane) does very well in a supporting part. Ciarán Hinds looks quite villainous and convincing and performance-wise, he is okay. Diane Lane (Martha Kent) leaves a mark in a cameo. Connie Nielsen (Hippolyta), Joe Morton (Silas Stone) and others do well.

Danny Elfman's music is dramatic but also subtle and not in-your-face. Fabian Wagner's cinematography is eye-catching. David Brenne, Richard Pearson and Martin Walsh's editing is simple and neat. Patrick Tatopoulos's production design is rich, just like you’d expect in any big superhero Hollywood film. VFX and action are two of the most important reasons why this film succeeds to a great extent.

On the whole, JUSTICE LEAGUE is an average superhero flick and nowhere near the rival Marvel’s THE AVENGERS series. The film’s story is nothing exciting while the characters are interesting but the bond between them is not electrifying as such. This one is only for the die-hard fans! At the box office, with the dubbed version not getting a timely release, its business in India would surely be limited.

Zack Snyder's Justice League trailer gives a glimpse of Joker as superheroes are determined to save the planet from Steppenwolf, DeSaad and Darkseid

“I’d always wanted to explore the death of Robin,” says Zack Snyder ahead of Justice League's release on HBO Max