Bollywood movie buffs are eagerly awaiting the release of the family entertainer, Jugjugg Jeeyo from the house of Dharma. The makers of films like Kabhi Khushi Kabhie Gham are all set to release another drama but this time it is all about marriage and divorce. People who have had a glimpse of this Raj Mehta directorial would be aware that the film is set against the backdrop of a wedding with two unhappy married couples trying to understand the rules of marriage. The trailer of the Varun Dhawan, Kiara Advani, Anil Kapoor and Neetu Kapoor starrer romantic comedy was launched on May 22 and the team was more than happy to give us some scoops about behind the scenes. 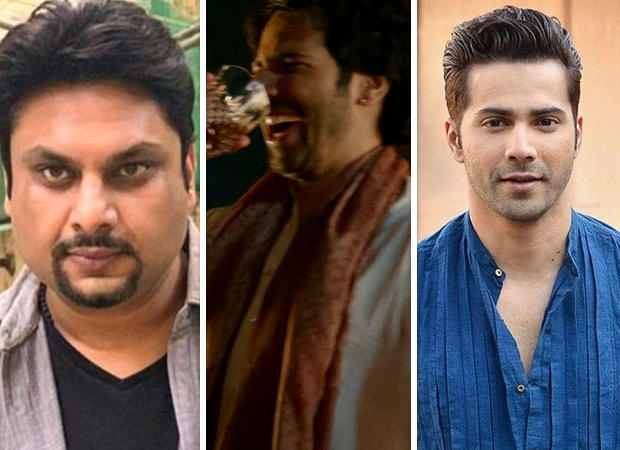 During one such moment, director Raj Mehta along with Anil Kapoor who plays the father and Varun Dhawan who plays the son in Jugjugg Jeeyo started discussing about a drinking scene in the trailer. Viewers who have watched the trailer would be aware that there is a funny scene in the film which is a drinking scene between the father and the son where they discuss about their respective wives. When Varun was asked how much he had to drink for that scene, the actor replied, “I wanted to actually drink because I wanted to have a drink or two with Anil sir. But he was like, we don’t have to. We can just act it out. After forcing Raj (the director) a lot, I had a little.” As he pointed towards Anil Kapoor, the latter immediately chimed in, “I didn’t drink, you did”. His statement left everyone in splits.

However, Varun Dhawan went on to say, “I drank a lot whilst shooting for this film because Raj (Mehta) is a huge drinker.” He was quick to add, “in terms of water and hydrated drinks.” To which Maniesh interrupted maintaining, “I thought the film should have named Jugjugg Piyo after seeing them drink.” That’s when Raj clarified, “Excuse me, I had to stop you (Varun) from drinking overboard.” But Varun maintained that all of this was only for a scene.

Also Read: Jugjugg Jeeyo Trailer Launch: Karan Johar opens up on the Bollywood Vs South debate; says, “Best crossover that has happened was when South cinema did well in the North”