Shah Rukh Khan is Bollywood’s favourite superstar but also a global icon, pop philosopher and overall an awesome sauce human being. While he continues to be the King Of Romance in India, he has inspired millions abroad with his amaze balls attitude towards life and success. John Cena, who is a WWE wrestler and Hollywood star, took to Twitter to share an inspirational quote by SRK himself and the Zero star acknowledged it too. The interaction between these two legends is something you should not miss. Fans of John Cena and Shah Rukh Khan could not handle this! Here’s what John tweeted. He said, “Neither power nor poverty can make your life more magical or less torturous” Shah Rukh Khan.” Shah Rukh Khan wrote, “Thanks my friend for spreading the goodness. It’s important to inspire so many kids who look up to u as their hero.” 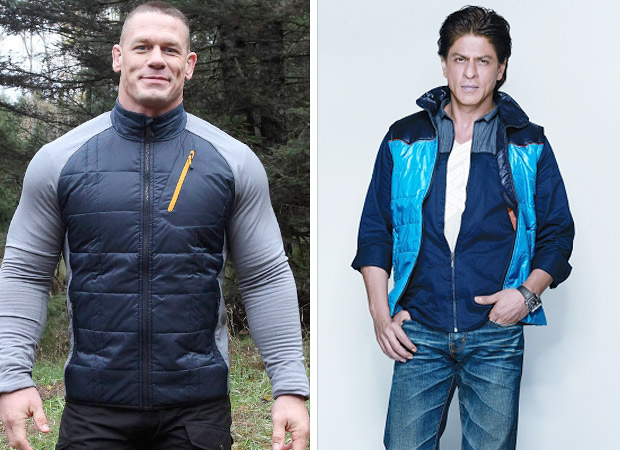 It is important to note that Shah Rukh Khan has inspired John on more than one occasion. Last year, Cena had shared one more inspiring speech and well it is great to see that he still fanboys over SRK. On professional front, Shah Rukh will be seen in Anand L Rai’s Zero which he just finished filming. He was in news after pics from his family vacation in Europe went viral. Shah Rukh had been to Naples, Barcelona among other exotic places to spend some quality time with his wife Gauri and three kids Aryan, Suhana and AbRam.

Thanks my friend for spreading the goodness. It’s important to inspire so many kids who look up to u as their hero. https://t.co/nTyGVSrrrr

After Zero, he would be seen in Salute which is a biography on astronaut Rakesh Sharma.

Also Read: Family Time with the Khans! Shah Rukh Khan and Gauri Khan pose for a selfie together and we are in love with it