Janhvi Kapoor is all set to light up our screens with Shashank Khaitan’s Dhadak and is up and about promoting it in media. The usually reserved star kid is slowly opening up to media about her celebrated late mom, her debut film, the feeling of being judged constantly by the media and lastly, nepotism. It is pretty commendable that Janhvi held her head high despite having lost her mom while she was shooting for her debut film. She has always maintained her poise, just the way Sridevi had wanted her to and completed her work like a seasoned professional, again her mom’s quality. As Dhadak is just about to release, she addressed all the key issues pertaining to the film and her. Talking about her mother she said that she feels a big void now that she has gone and cannot help but think about her all the time. Janhvi said she is not very excited about being compared with her late mother because it is just genetics. 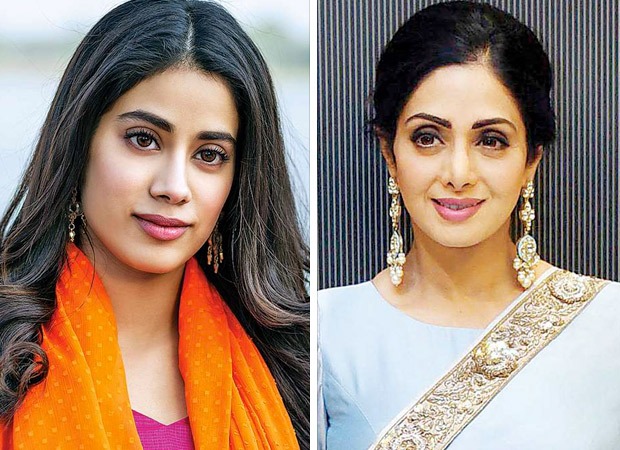 No one, not even Janhvi denied that Sri holds a special place in masses’ heart and no one can replace her. The Dhadak star said that she would be lucky if people give her a chance to make space in people’s minds and carve out her own identity. And that would be her ultimate tribute to her mother. Janhvi also revealed that she feels constantly judged and she is down and out with it but then her love for acting overpowers everything. She also is aware that most people think that she has got an opportunity to act very easily but she plans on not letting anyone down and put her best foot forward.

Dhadak is an official adaptation of Sairat which stars Ishaan Khatter in the lead and will hit the screens on July 20.

Also Read: WATCH: Janhvi Kapoor and Ishaan Khatter have a funny take on the ‘Puppy’ joke from Dhadak