H1GHR Music Records, on August 12, started the promotions of the compiled album of the label’s artists. The company released the music video of ‘ 도착’ CYPHER, a track featuring Jay Park, pH-1, HAON, Sik-K, Woodie Gochild, DJ SMMT, and the youngest rapper to sign with the label, Trade L. The song will be on the first of the two albums to be released next month, the 'RED TAPE'. 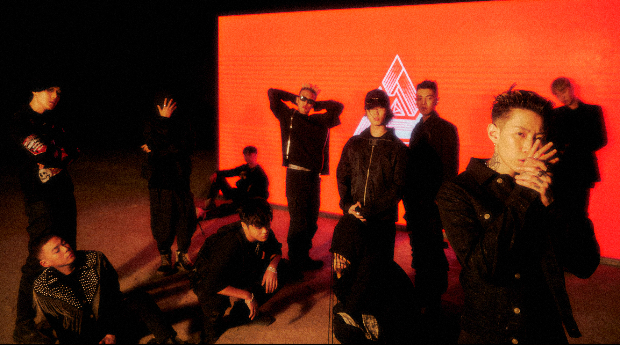 ‘도착’ CYPHER is the warm-up for other songs to come: starting the 도착/Dochak (Korean word for 'arrival') era. The video shows the syntony between label mates and bets in powerful and full of rhymes and references raps. H1GHR’s artists seem ready to lead the new generation of South Korean hip-hop through a freestyle cypher, to show the importance of independent rappers and labels, such as H1GHR Music, to continue the legacy and history of hip-hop.

Previously, the CEO of the company, Jay Park, has already released a teaser of ‘도착’CYPHER, stating on Instagram the importance of what the release of those new albums will bring. The rapper is a promoter of the artists’ singularity, fostering the passion for music and hip-hop culture and offering new opportunities for independent names from South Korea and the United States.

“Producers, artists, and rappers, keep fighting! We are the people who maintain and develop this culture when it is not Show Me the Money season. The culture builds the Platform, not the other way around.” wrote Park on the teaser caption.

'RED TAPE' and 'BLUE TAPE' albums will bring a variety of songs, followed with music videos and other unseen content, will be released respectively on September 2nd and 16th. The project is a landmark for the label and celebrates three years since H1GHR Music Records debut on the market. The album features CEO Jay Park, pH-1, Sik-K, Golden (formerly known as G.Soul), the duo GroovyRoom, BIG Naughty, HAON, DJ SMMT, TRADE L, Woogie, producer Woodie Gochild and more.

H1GHR Music Records is a global Hip-Hop and R&B label founded in 2017 by producer, businessman, and rapper Jay Park in a partnership with North American singer and songwriter Cha Cha Malone. The company aims to promote new talents in their hometowns, Seoul and Seattle, and internationally.