Indian TV actress Jasmin Bhasin was one of the guests to attend Rahul Vaidya and Disha Parmar's grand wedding festivities. For the after party, she stunned a saree. 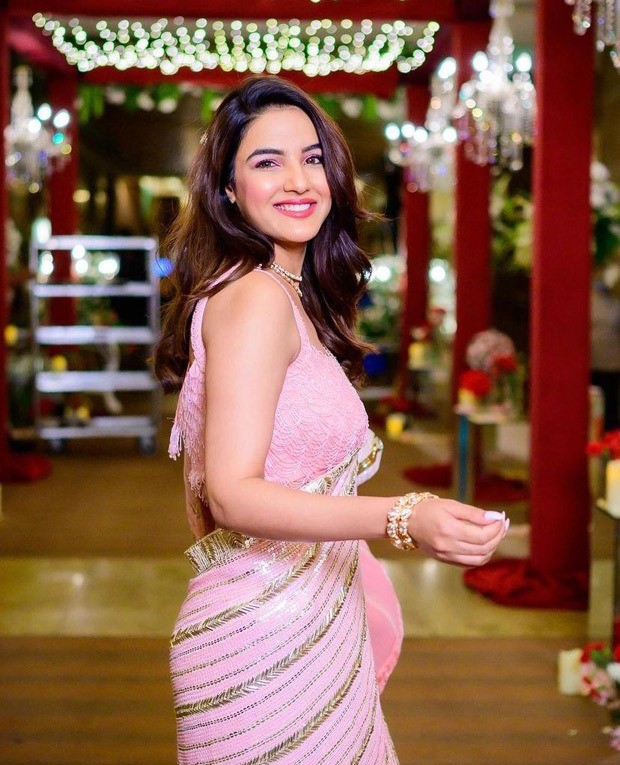 On Wednesday, Jasmin posted pictures in which she wore a beautiful blush pink sequin saree for the evening. She looked ethereal in this bling number with a strappy blouse. Jasmin donned this saree with a heavy golden sequin design that made her stand out at this starry affair. She wore Soshai by Sofi and it is worth Rs. 145,000. 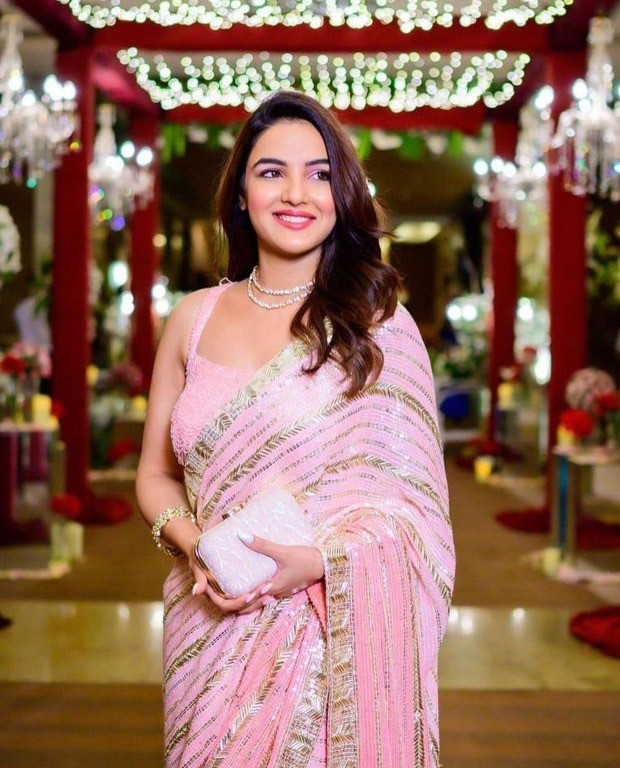 Her makeup was soft and shimmery with her hair in bouncy waves in a side partition. She kept her makeup natural with a pink blush and glossy pink lips. 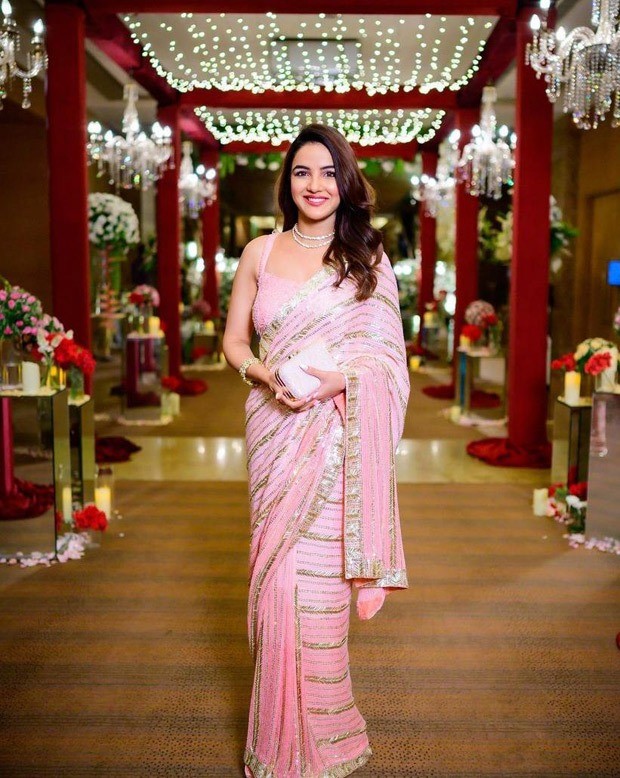 On the work front, Jasmin Bhasin was last seen in the Dil Toh Happy Hai Ji series which was released in August and is currently streaming on Disney+ Hotstar.