Veteran actor Johny Lever is best known for his comic screen presence. The actor manages to make everyone laugh even without uttering a single word. The actor has been very active on social media for the past few years. Not just that, his daughter Jamie Lever has also proved the fact that she has completely inherited her dad's genes and traits. Johny and Jamie have also managed to rule the digital space as they keep making hilarious reels and takes up all the trending challenges. 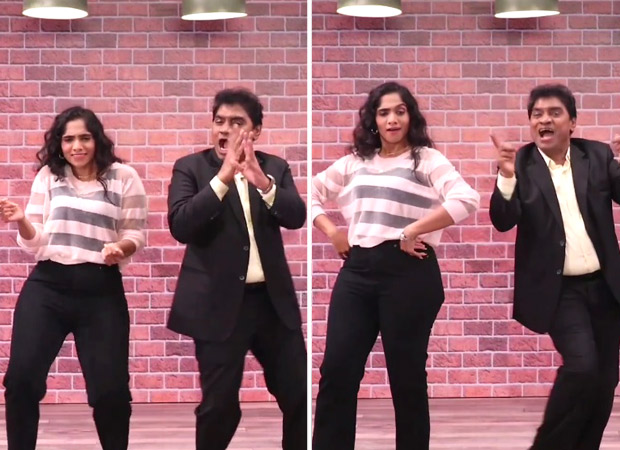 Recently, the father-daughter duo once again made heads turn as they grooved to the trendy Hungama 2's song 'Chura Ke Dil Mera 2.0'. The video was shot during a Disney+ Hotstar's game show 'Who is The Funnier Generation'. The game show was also a delight to watch as Johny and Jamie battled with each other. The game was based on guessing from mimicry, where they both mimicked some of the celebrities and the other guessed it.

The video was originally shared by Disney+ Hotstar on their official Instagram handle to which Johny reposted. Sharing the video, they wrote, "These two pushed all the right Levers to get us into the weekend mood".

On the work front, Johny Lever is all set to appear in the romantic comedy film Hungama 2. Helmed by Priyadarshan, the film is the sequel of the 2003 film Hungama and stars Paresh Rawal, Shilpa Shetty and others in pivotal roles.