Indian Television actress Jasmin Bhasin attended the reception of the much in news Rahul Vaidya’s wedding with actress Disha Parmar. The actress looked stunning in an embroidered lehenga as she attended the party with her beau Aly Goni. 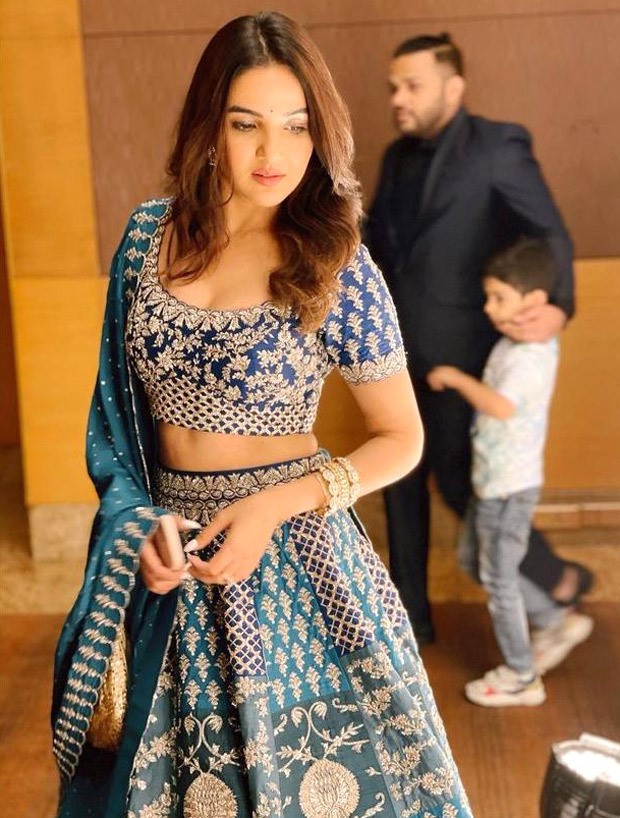 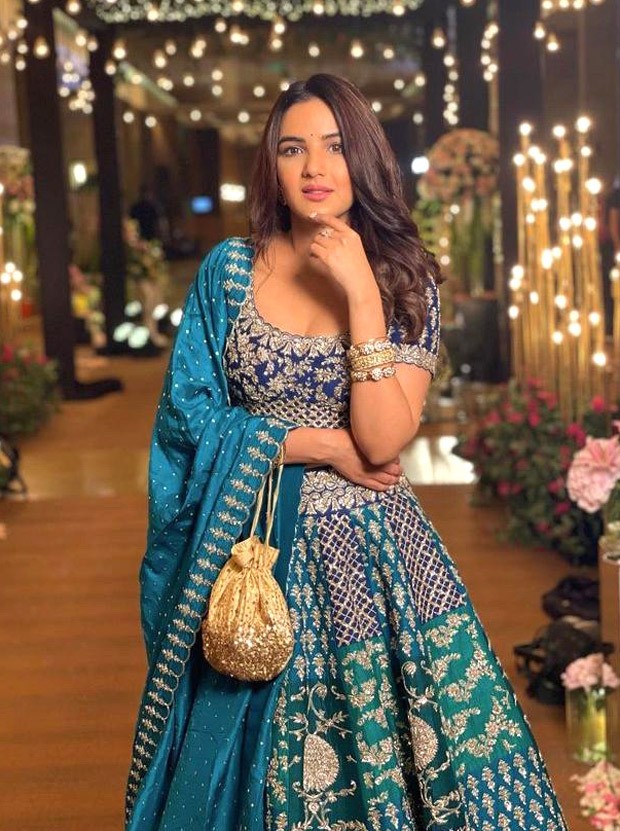 Jasmin looked heavenly as ever in the golden handiwork piece. She styled her lehanga with golden Kadam and a potli bag. Her makeup was soft with a light blush, small bindi and light curls. 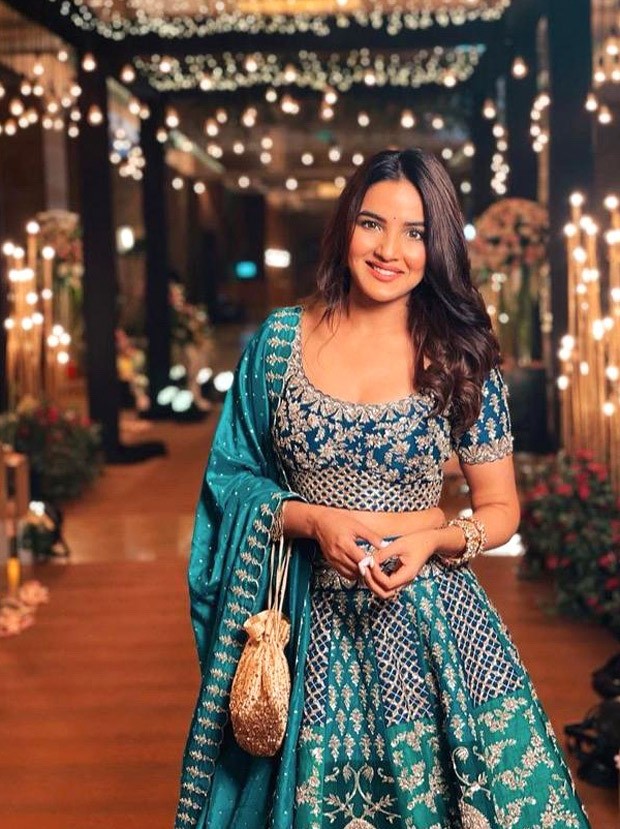 On the work front, Jasmin Bhasin was last seen in Dil Toh Happy Hai Ji series which was released in August and is currently streaming on Disney+ Hotstar.