Janhvi Kapoor recently took to Instagram to share a couple of pictures of herself transitioning from a glamorous look to a casual look in a matter of hours. In one of the pictures, she is seen struggling to change her outfit inside a car post the promotions of her film Roohi. 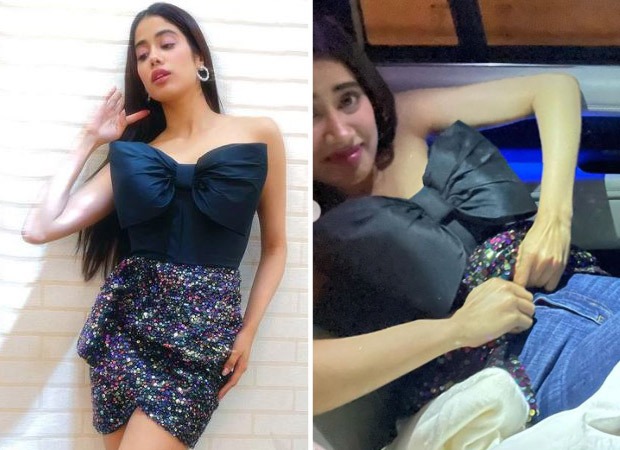 The first two pictures are Janhvi posing in a strapless top with an oversized bow and sequined mini skirt. In the third picture she is struggling to get into her jeans on the way to her airport. In the last picture, Janhvi is seen sitting inside a plane wearing distressed jeans and a full sleeved T-shirt.

Sharing the pictures, Janhvi wrote, "it was a relaxed day" along with upside down smileys.

Meanwhile, Janhvi Kapoor's film Roohi will be hitting the screens today. This is Janhvi's second film to release in theatres after her debut in 2018 with Dhadak. She plays the diverse characters of Roohi and Afza in the horror- comedy. Directed by Hardika Mehta, the film also stars Rajkummar Rao and Varun Sharma.

ALSO READ: Janhvi Kapoor reveals why she is risking Covid to promote Roohi