Janhvi Kapoor is all set to make her big ticket Bollywood debut and we are more than excited to see her on screen with Ishaan Khatter in Karan Johar’s Dhadak. But do you know? This won’t be the first time that she would be appearing on screen as she has done it before, about 16 years ago! Yes, Shah Rukh Khan had got a Best Actor’s Award for Devdas and producer Boney Kapoor was called on the stage to give SRK the award. But he did not come alone. His doting daughter Janhvi Kapoor accompanied him. Little Janhvi accompanied papa Boney and handed over the trophy to SRK in the cutest way. He pecked her cheek and gracefully received the award. 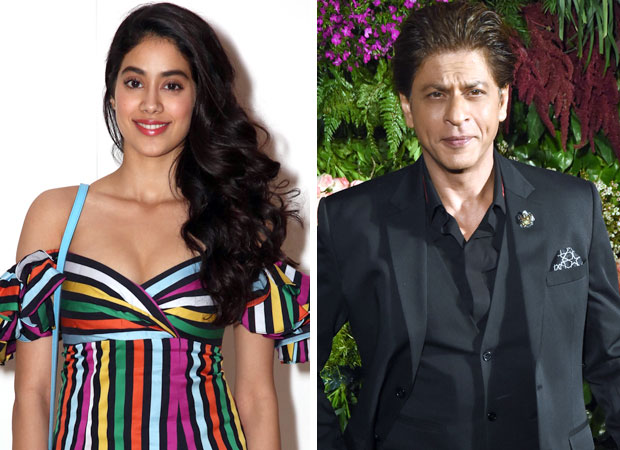 Priety Zinta too was present on the podium with Boney, Shah Rukh and Janhvi. It is interesting to know that the world of showbiz is not new to Janhvi and has been accompanying her parents on sets throughout her childhood. She told Karan Johar while he interviewed his muse for her first Vogue cover, “My attendance in school was 30 per cent. I was always travelling with my parents. My education was on the sets. I would do well in history and English but beyond that I just about passed. After I finished school I wanted to do a bunch of courses—art history in Florence, fashion in London and acting in Los Angeles. So I started with acting, and soon I knew this is it, this is what I need to do.”

Dhadak is releasing on July 20 and is an official remake of Marathi blockbuster Sairat.