Bollywood actress Jacqueline Fernandez has time and again has left fans speechless with her diva-like looks. Recently, the actress took to her social media to share her latest look in which she can be seen donning a cream white cotton saree along with royal blue blouse. 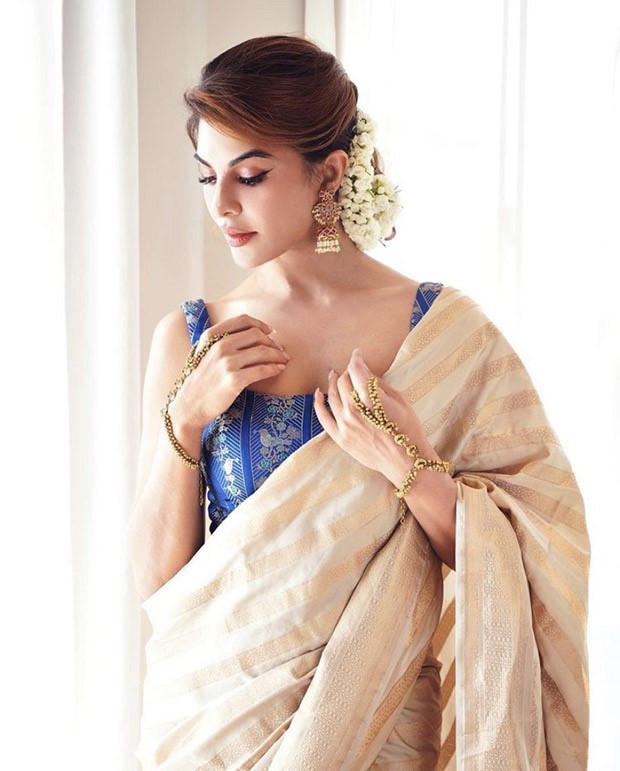 Jacqueline Fernandez Looks Gorgeous in a Saree, Asks Fans If They Have Heard Her Latest Song RaRaRakkamma

Her saree has white and beige stripes that she knotted in a traditional Indian style, and her blouse has golden floral patterns on a blue base. Her saree is from Ekaya Banaras' shelves. 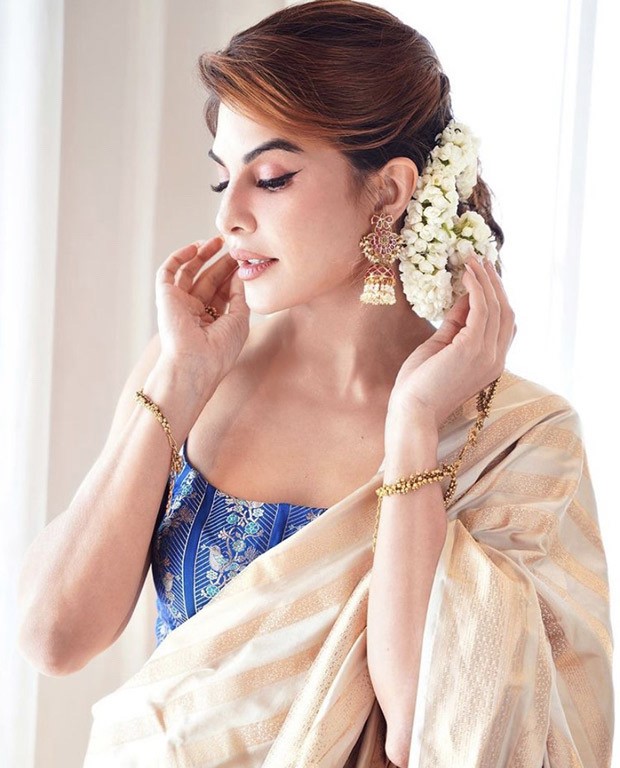 She completed her ensemble with a gold-plated bracelet with finger chains and chunky pink and golden jhumkas. She wore her hair in a low bun and added a Gajra to add an authentic look to her ensemble. She went for a natural look with winged eyeliner, a wash of pink eyeshadow, pink lip tint, and a glowing skin. 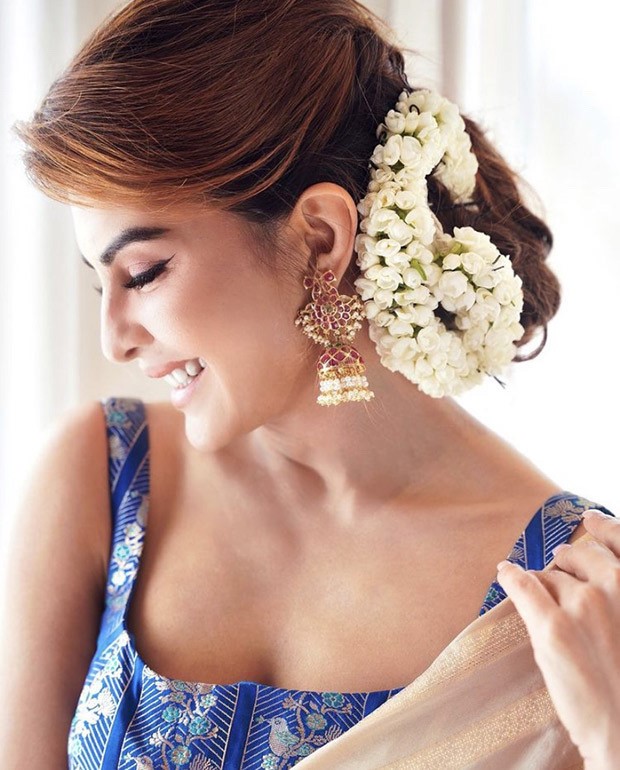 In the caption below, Jacqueline jotted down “Have you listened to #RaRaRakkamma yet? Link in Bio !”

Her latest song RaRaRakkamma has been recently released in Kannada and the Hindi version. The lyrical video has gone live and the main video is yet to be. Her latest song has created a curiosity among the audience as the glimpses of Jacqueline has garnered a lot of attention in the video. The grace in her moves is impeccable and is clearly unmatched.

The success of her previous songs is clearly one of the reasons why she was roped in for RaRaRakkamma. Apart from being the pool of talent that she is, her dance numbers are much popular among fans. Looking back, her special song in prabhas’s saho was well-received down south and it is understandable why she is the first choice in the South Indian industry.

Meanwhile, the actress has celebrated the first anniversary of her NGO, Only Live Once (YOLO) Foundation, the first poster of her upcoming Rohit Shetty's 'Cirkus' was also released, announcing the release date, which has accelerated the audience's excitement.

On the work front, other than Rohit Shetty's 'Cirkus', the actress will be seen with Akshay Kumar and Nushrratt Bharuccha in her upcoming 'Ram Setu', while she also has 'Vikrant Rona' and 'Kick 2' in the pipeline.

Also Read: Jacqueline Fernandez explores a shade of her spirituality in a beautiful white attire