Jacqueline Fernandez has been busy with her back-to-back releases and promotions still, she manages to keep her devotional side intact with her daily medication and yoga regime. The actress took to her social media and shared some really beautiful pictures in which she was wearing a white dress. 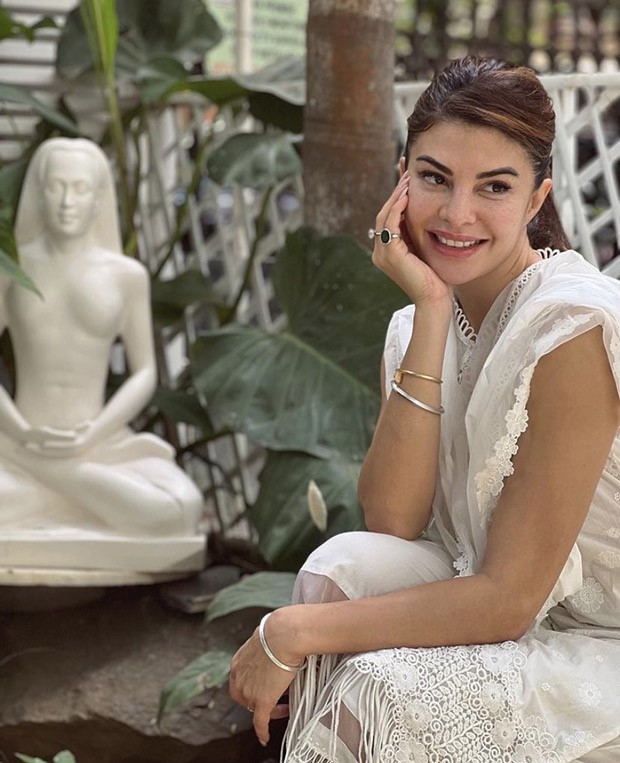 Jacqueline was dressed in a white sleeveless suit which featured a sheer border and embellished with tassels. It also features white floral embroidery on the hem and all over the suit. She paired the suit with matching white dupatta. With minimal make-up and her hair tied into a pony, she carried a peaceful vibe, posing and smiling amidst the beauty of the nature and wrote the caption -"Babaji" 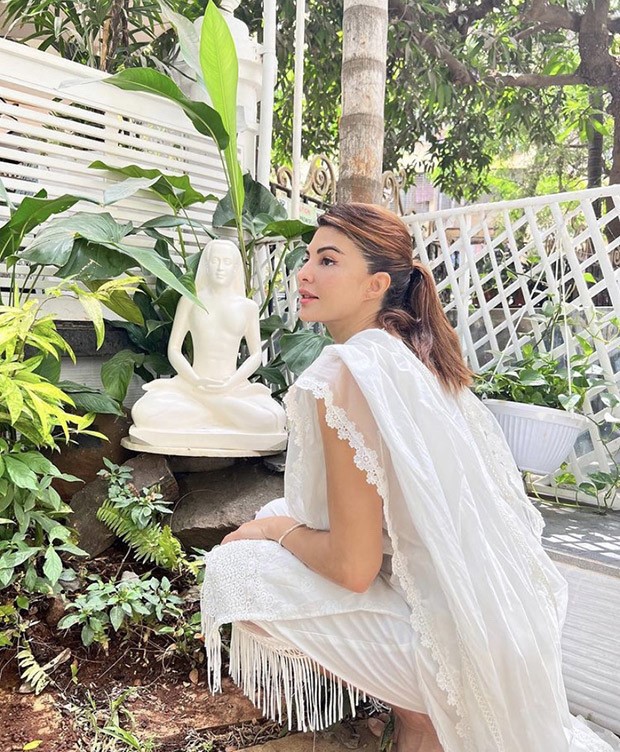 While the actress has celebrated the first anniversary of her NGO, Only Live Once (YOLO) Foundation, the first poster of her upcoming Rohit Shetty's 'Cirkus' was also released, announcing the release date, which has accelerated the audience's excitement.

On the work front, other than Rohit Shetty's Cirkus, the actress will be seen with Akshay Kumar and Nushrratt Bharuccha in her upcoming Ram Setu while she also has Vikrant Rona and Kick 2 in the pipeline.