Priyanka Chopra turns a year older today and she is at the best spot in her career right now. Personally too, she is dating American pop sensation Nick Jonas and spends most of her free time with him. She has got both lucky in love and life, there is no looking back for her anymore. But for Priyanka, all this has not come easy. She started out in Bollywood after winning Miss World pageant but it was no cakewalk. Amongst many controversies she courted, the biggest one was her liaison with Shah Rukh Khan. There were rumour mills buzzing with stories of Shah Rukh Khan and Priyanka Chopra affair despite the parties involved trying hard to keep it as elusive as possible. There is a viral video on the Internet where SRK is one of the celebrity judges on the Miss World panel where PC was a contestant and he famously asks her if she would marry him, hypothetically of course. But this is not the first time she met the superstar. 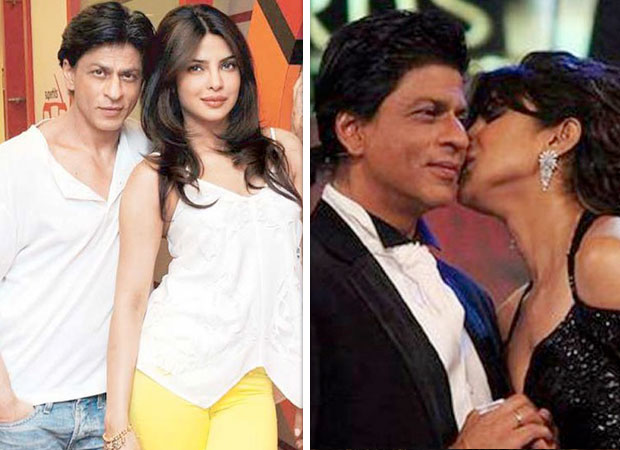 She always identified herself as a Shah Rukh fan and she came face to face with her idol on the sets of Phir Bhi Dil Hai Hindustani in Film City. According to the book Priyanka Chopra: The Dark Horse, PC was with other contenders of Miss India pageant in Film City for one of the rounds. She came to see Shah Rukh Khan along with other contestants Dia Mirza, Lara Dutta , among others. Nobody thought that PC’s drive would take her so far because it was not PC who impressed established industry-wallahs, including Shah Rukh Khan. Lara Dutt and Dia Mirza stood out more, thanks to their conventional good looks. But it was Priyanka who had the drive to make it big, fighting all odds, recalled choreographer Farah Khan who directed PC in her first ad film, co-incidentally with SRK.

After creating impact in Hollywood, PC will make a comeback in Bollywood with Salman Khan’s Bharat.