The evergreen Kajol has always been one of the most favourite actresses of all time. While her onscreen characters have been pretty interesting, Kajol is always outspoken and pretty much does what she always likes. As Karan Johar often says, Kajol is loud and noisy at all times. Speaking of Karan Johar, his film Kabhi Khushi Khabhie Gham had Kajol as the central character. Her iconic role as Anjali was a loud and quirky character which won the hearts of the audience. The actress recently recreated a scene from the film which is absolutely hilarious. 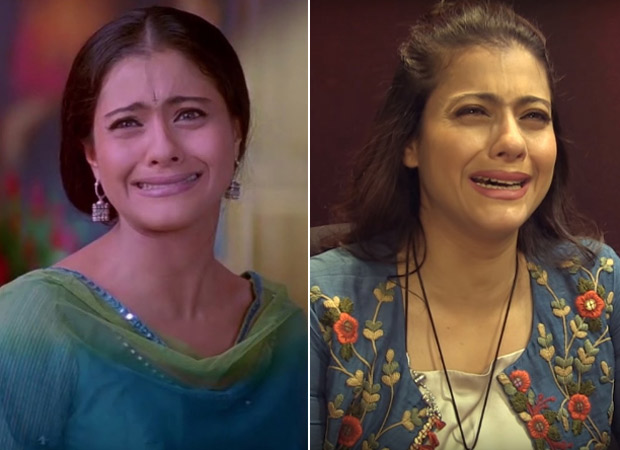 Kajol is currently promoting her upcoming film Helicopter Eela. While doing the radio promotions, she reached the BBC Asian Network studios to talk about her film. During the conversation, the radio host requested Kajol to say a few lines from the film especially the part where she breaks the vase upon seeing Shah Rukh Khan after 'Say Shava Shava' song. "Ghamla... Ghamla nahi vase!" was the funniest moment in the film and even today Kajol easily recreated after 17 years.

Helicopter Eela is an adaptation of the renowned Gujarati play Beta Kagdo. The actress will reportedly play an aspiring singer who is also a single mother. It is produced by Kajol’s husband Ajay Devgn and Jayantilal Gada (Pen India Limited) the film.