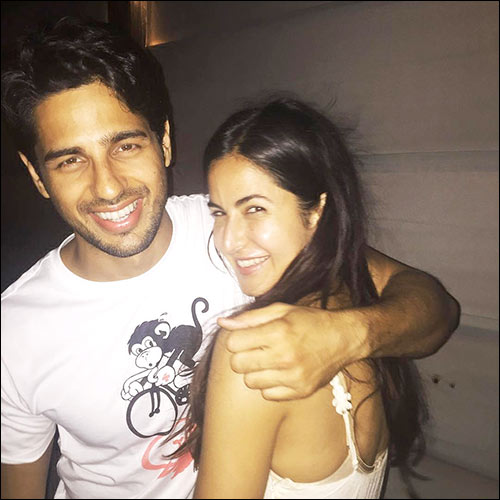 Coming up with an intense tale of love is Nitya Mehra in her directorial debut Baar Baar Dekho starring Sidharth Malhotra and Katrina Kaif. Considering that this is the first time where Sid and Kat are coming together, there is immense buzz about their chemistry. Now we hear that the team was celebrating the wrap up bash of the film with Sidharth Malhotra sharing pictures of the same on social media.

Sidharth Malhotra recently took to Instagram to share a picture with co-star Katrina Kaif at the wrap up bash of the film stating, "It's a wrap! Thank u la...laland ! #BaarBaarDekho" On the other hand, we also spotted Katrina Kaif posing with the entire crew of the film including the director Nitya and one of their producers, Ritesh Sidhwani amidst the backdrop of a beach. We hear that Sidharth and Katrina will be sporting various looks in the film that travels through time.

Shot in varied locations like Thailand and Glasgow, Baar Baar Dekho is produced by Excel Entertainment in association with Dharma Productions and Eros International. This romantic drama is all set to release on September 9, 2016.