Recently, late actor Irrfan Khan's wife Sutapa Sikdar shared a picture of the hospital where her husband was being treated for neuroendocrine tumour. Along with this she also said that CBD oil should be legalised. 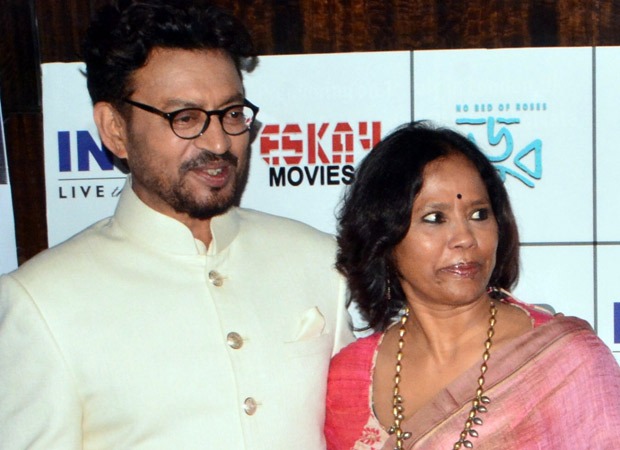 Sharing a picture of the hospital in London where Irrfan Khan underwent his cancer treatment, Sutapa wrote, “London revist looking at his hospital room from outside like everytime I did while he was there #walkingalone #wishyouwerethere #cancerpain #LegalizeCBDoilinindia.”

Sutapa only used it as a hashtag and did not throw much light on it. However, CBD oil is considered a pain relief that is used by those treated for cancer. Currently, with the Narcotics Control Bureau(NCB) investigating the consumption of illegal narcotic substances by Bollywood celebs, several have been discussing the legalisation of certain drugs which are used for medicinal purposes.

Last week, actress Shraddha Kapoor was summoned by the NCB after they found out during their investigation that the actress had ordered CBD oil. The actress during her questioning admitted to ordering it but said that it was for medicinal purposes.

Recently actor Meera Chopra tweeted, "“Just asking, how is cbd oil freely available online if its illegal. I checked its avaialble on amazon too. Why no regulation if its illegal? #cbdoil.”

Earlier actress Rhea Chakraborty was arrested for procuring drugs. In the past few days, Bollywood celebrities including Deepika Padukone, Shraddha Kapoor, Sara Ali Khan and Rakul Preet Singh were questioned by the agency.

ALSO READ: Babil Khan tends to father Irrfan Khan’s grave, says, “And the plants have grown may be for a purpose look closely”