Babil Khan, the son of late Bollywood star Irrfan Khan, is preparing to shoot his YRF OTT project, The Railway Men. Sutapa Sikdar has penned an emotional message on Instagram as her son Babil begins filming his debut web series. 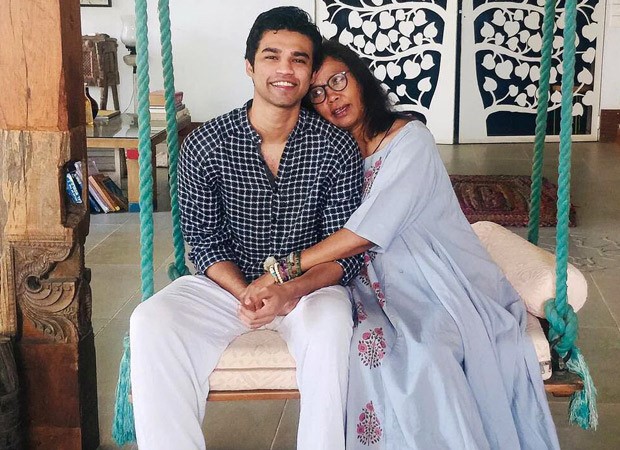 "Oh this week, my son began shooting," Sutapa wrote. I'm ecstatic for this kid named Babil Khan. I am a little late to share this but I wanted to tell all the single mothers that parenting is tough, especially if your child is used to both the parents for 21years of their life, but it is not impossible (Applauding all single mothers). Sorry son, but sharing my world with a legend all my life (30 years, factually. Lifetime, emotionally. Eternity, spiritually) has got my standards very high," she wrote.

"I don't want to frighten you or overburden you," she said, "We have social media for that. I want to remind you, as baba said and rightly so, that I am the most difficult critic to please. So, there is a long list, and one must tick all the boxes before I pronounce them a good actor which will take you a long time. You are beginning bacha and your hard work is the first tick I am happy to give. I know you are overwhelmed with the amazing cast of the series at the same time feel lucky to be able to learn from the best. But truly I happily put the second tick as I see you in the poster with seasoned actors, still just being there not trying extra or faking but actually looking at something to do with the premise of the show. Even if it’s just a poster. All the best, give it your soul but don’t be in a hurry to get those right ticks because trying, failing, and then getting it right is the trick. You can never hurry your father’s legacy," she wrote.

Babil recently shared the first poster for The Railway Men on Instagram. Babil penned a caption expressing his joy and honor "#TheRailwayMen, @yrfentertainment's first OTT production, is a tribute to the unsung heroes of the 1984 Bhopal gas tragedy. Saluting those who risked their lives to save others 37 years ago."

It also has R Madhavan, Kay Kay Menon, and Divyenndu in significant parts, alongside with Babil Khan.