After much speculation, Vicky Kaushal and Katrina Kaif officially married earlier last week on December 9. However, the Bollywood couple had a very quiet ceremony, with no photos or recordings leaked from the venue. Vicky and Katrina have begun sharing photographs from the wedding, and a video has appeared online in which the actor's cousin provides a tour of the lavish site, Hotel Six Senses Fort Barware, where they married. 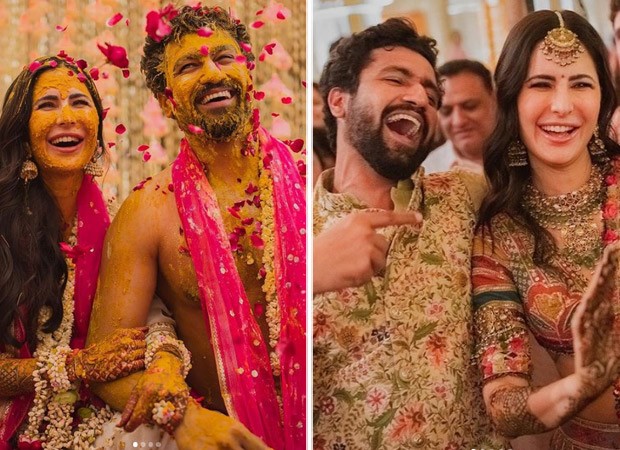 Vicky's cousin, Dr. Upasana Vohra, and her husband, Arunendra Kumar, uploaded the video to YouTube, showing the hotel rooms where the wedding guests stayed. They admired the venue and demonstrated the view from their balconies, saying that going three days without using a phone may be excellent. To ensure that attendees' privacy was respected, they were not allowed to bring their phones to the site. They also showed off the bathroom, boasting that the toilet seats cost Rs. 6 lakh.

Vicky Kaushal, 33, and Katrina Kaif, 38, had been dating for about two years. While the wedding's arrangements and guest list were kept under wraps, close friends and colleagues of the couple attended, including Katrina's frequent collaborator filmmaker Kabir Khan, his actor wife Mini Mathur, director Vijay Krishna Achara of Dhoom 3 and Thugs of Hindustan fame, and actor couple Neha Dhupia and Angad Bedi.

The wedding festivities began on December 7 and concluded on December 9, but no photos or videos from the ceremony have been leaked. While fans and even the media were denied access to the couple's wedding photos, they did share a few glimpses from the event on social media. Also, their respective siblings finally posted wedding photographs on their Instagram handles.