Janhvi Kapoor turned 21 yesterday and the entire country watched as she gracefully tried coping up with the loss of her mother, especially on her D-Day. It has just been a few days since legendary actress and Janhvi’s mom Sridevi passed away and the family has not even begun to cope up with the loss. Despite this, Sri and Boney Kapoor’s eldest daughter held herself gracefully and smiled through her pain yesterday. It was supposed to be a gala event for Janhvi who will be making her on screen debut with Karan Johar’s Dhadak. But, fate had other plans and the entire Kapoor family’s world came crashing down like a pack of cards with Sridevi’s sudden death. 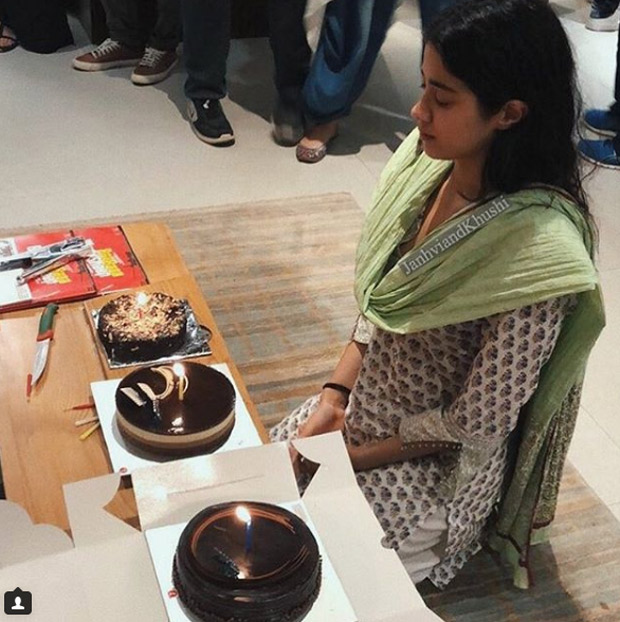 But Janhvi continued her mother’s legacy forward and joined a few kids at an orphanage the late actress was associated with to celebrate a quiet birthday. Dressed in a simple cotton salwar kurta, she cut cake and prayed for them at orphanage. See all the inside pictures and photos here. We completely agree to Sushmita Sen when she took to social media to describe that she was proud to see Sridevi’s daughters display quiet strength and hold themselves together at the time of this adversity. Sure, the Lamhe actress raised them right. She would have been so proud to see them handle this grave situation like this.

Sonam Kapoor was one of the first ones to wish the birthday girl. She took to Instagram to write, “To one of the strongest girls I know, who became a woman today. Happy birthday jannu. @janhvikapoor #21stbirthday.” The entire family have stood tall with Boney Kapoor and the kids to help them cope with this tragedy. We hope and pray that the girls stay strong and make their mom happy.

@janhvikapoor you’re my light!I’m so proud of you. May you always have a reason to smile ❤️